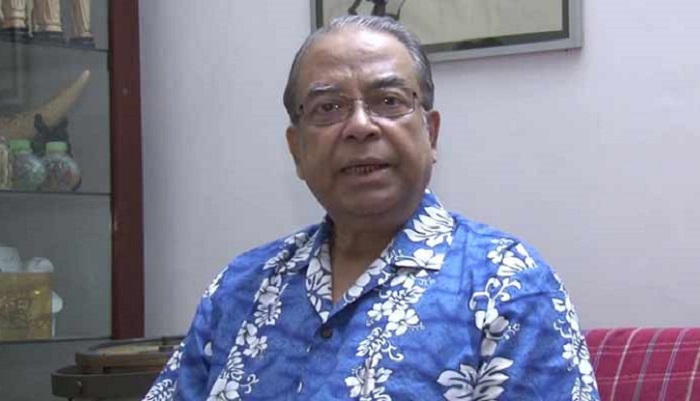 The health condition of veteron journalist Mahfuz Ullah, who is undergoing treatment at a Bangkok hospital, is improving, said family members.

Journo’s brother Mahbub Ullah revealed this while talking to reporters on Monday.

He also urged the countrymen to pray for his brother's early recovery.

Earlier on Sunday, news of Mahfuz Ullah’s death was published in many online and broadcasted in many satellite TV channels.

Later on the day, his daughter Nusrat Humaira confirmed that Mahfuz Ullah is alive even though his health condition was critical.

On April 3, he was put on life support at Square Hospital in Dhaka, as his condition deteriorated. Later on April 10, he was shifted to Bangkok for better treatment.

Mahfuz Ullah started his career as a journalist when he was a student and had been associated with popular weekly 'Bichitra' since its inception in 1972.

He also served as a teacher at Dhaka University's journalism department. Mahfuz Ullah had hosted radio and television shows and been involved with leading Bangla and English dailies in Bangladesh.