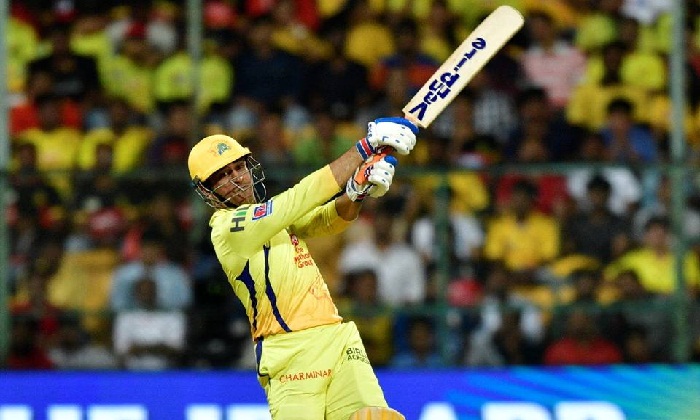 For a moment, it seemed as if M.S. Dhoni had clubbed Royal Challengers Bangalore to another impossible defeat. With 26 needed off a breathless final over, Dhoni had sent Umesh Yadav soaring over the ropes three times, leaving his side two to score off the final ball.

It was the same old story again, it felt: Dhoni and Chennai Super Kings ambushing a side at the death. Except Umesh had other ideas.

A slower ball beat Dhoni and as the batsmen tried to steal a bye, wicketkeeper Parthiv Patel hit the stumps with a direct hit. RCB sneaked home by one run, recording a precious third win in Vivo IPL-12.

Chasing 162 for victory, CSK needed 70 off the last five overs, a task it very nearly accomplished. Dhoni finished unbeaten on 84 (48b, 5x4, 7x6), with echoes of his knock here last year.

Questions will be asked of his decision to farm the strike in the penultimate over, with Dwayne Bravo for company, but CSK fell short only by the smallest of margins.

Dale Steyn, whose second stint at RCB had begun in emphatic fashion at Eden Gardens, made early inroads yet again. He struck twice in the first over, having Shane Watson edge to slip before bowling Suresh Raina first-ball with a delightful yorker.

Faf du Plessis was caught off a top-edge, as was Kedar Jadhav, who had an ugly swipe at the ball. CSK was four down for 28 inside six overs, with the target seeming distant.

But this is a team that bats deep; more importantly, this is a batting order with M.S. Dhoni at No. 6. As long as the CSK captain, who had recovered from a back spasm, was at the crease, there was hope for his side.

Put in, RCB struggled for momentum through the middle overs. Deepak Chahar and Ravindra Jadeja were on song again, returning combined figures of four for 54 from their eight overs to stifle RCB’s progress.

Chahar struck early, luring Virat Kohli into a drive with a full out-swinger. A.B. de Villiers, who had missed the previous game with a concussion, and Parthiv Patel then added 47 runs (26 balls) for the second wicket.

Parthiv attacked from one end, smashing four sixes over the leg-side boundary, as he raised his fifty off 36 balls. But at the other, RCB strangely promoted Akshdeep Nath and Marcus Stoinis ahead of Moeen Ali. Between the end of the eighth and the 14th overs, only 41 runs were added to the total as CSK’s bowlers exerted control.

Stoinis fell to a stunning catch on the long-off boundary, where du Plessis grabbed the ball and tossed it back to Dhruv Shorey before tumbling over the rope. Moeen’s 16-ball-26 towards the close lifted RCB to 161.