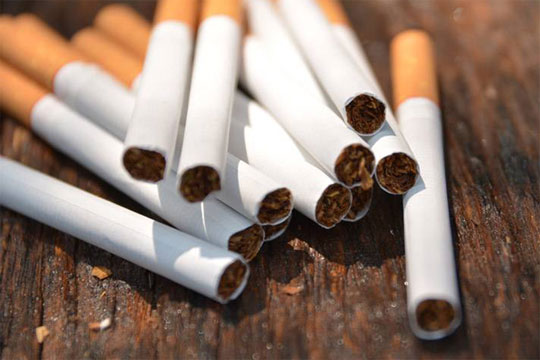 The government is losing huge revenue from the tobacco sector in the current fiscal year as a number of cigarette manufacturers are allegedly evading taxes.

The National Board of Revenue estimated revenue collection amounting to Tk 26,000 crore (260 billion) from the sector in the 2018-19 FY but the figure may fall short of the estimate by Tk 2,000 crore, NBR sources said.

The NRB sources said the government almost doubled the minimum prices of cigarettes three years ago to raise revenue collection and discourage smoking.

They said the minimum rate for a cigarette packet of 10 sticks was set at Tk 35 for the current fiscal year but the dishonest manufacturers have flooded the market, particularly Rajshahi, Rangpur, Chittagong, Kushtia and Sylhet regions with low-quality cigarettes selling at Tk10-15 per packet.

Sources said the manufacturers can sell cigarettes at so low prices as they do not pay the revenue; sometimes they do not use the mandatory bandroll son the packs or sometimes use fake bandrolls.

They said the manufacturers are supplying low-quality illegal cigarettes in the name of different brands, including Senor Gold, Derly, Black, and Bharasa.

The unscrupulous manufacturers are carrying on the illegal business under the very nose of the local administration and the law enforcement agencies.

Economists and health experts urge the revenue authorities to be more active in combating illegal cigarettes to raise revenue collection and check increase in number of smokers.

They also suggest raising the Price and tax on bidi and smokeless tobacco products like gul (powered tobacco) and jorda (chewing tobacco).