Evidence of Shab-e-Barat in the Light of Sunna 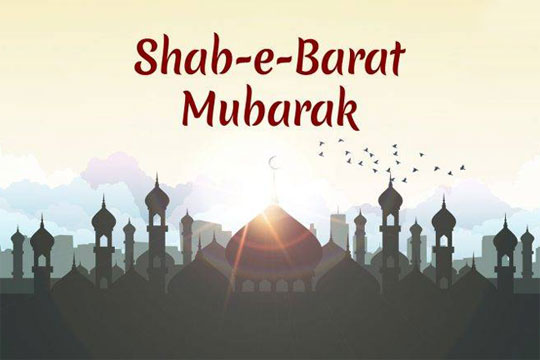 To this day, a group of people were involved in the uprising of the Night of Bara’ah. They were following unforeseen activities and ramshad practices in this night. Islamic scholars have always protested all of these activities and are still doing it. Recently, there is a tendency of severance among people of the same category. Their claim is that there is no concept of Night of Bara’ah in Islam. All of the narrated in this matter is Zayph. It is not permissible to perform deeds according to these Hadith and consider Night of Bara’ah as a special night of the Shariah.

Rather, we should keep in our mind that there is a night called as Shabbay Barat in Islamic Shariyah which is termed in Shariah as “Laylatul-bara’ah” (The night of freedom from Fire). This is the night occurring between 14th and 15th day of Sha’ban. There are certain traditions of Prophet Muhammad (pbuh), to prove that it is a meritorious night in which the people of the earth are attended by special Divine mercy. Some of these traditions are quoted as follows:

Sayyidna Mu’adh ibn Jabal, (Ra) reports that Prophet Muhammad (pbuh) has said: “Allah Almighty looks upon all those created by Him in the middle Night of Sha’ban and forgives all those created by Him, except the one who associates partners with Him or the one who has malice in his heart (against a Muslim)”. (Sahih Ibn Hibban 12/481, Hadith 5665, Al Mujamul Kabir- Tabrani, Hadith 215, Al Mujamul Awsat- Tabrani, Hadith 6628)

Ummul Mumineen Aishah (Ra) said, “Once Prophet Muhammad (pbuh) performed the Salah of the night (Tahajjud) and made a very long Sajdah until I feared that he had passed away. When I saw this, I rose (from my bed) and moved his thumb (to ascertain whether he is alive). The thumb moved, and I returned (to my place). Then I heard him saying in Sijdah: ‘I seek refuge of Your forgiveness from Your punishment, and I seek refuge of Your pleasure from Your annoyance, and I seek Your refuge from Yourself. I cannot praise You as fully as You deserve. You are exactly as You have defined Yourself.’ Thereafter, when he raised his head from Sijdah and finished his salah, he said to me: ‘Aishah, did you think that the Prophet has betrayed you?’ I said, ‘No, O Prophet of Allah, but I was afraid that your soul has been taken away because your Sijdah was very long.’ He asked me, ‘Do you know which night is this?’ I said, ‘Allah and His Messenger know best.’ He said, ‘This is the night of the half of Sha’ban. Allah Almighty looks upon His slaves in this night and forgives those who seek forgiveness and bestows His mercy upon those who pray for mercy but keeps those who have malice (against a Muslim) as they were before, (and does not forgive them unless they relieve themselves from malice).'”

In another Tradition Sayyidah Aishah (Ra) has reported that Prophet Muhammad (pbuh), has said, “Allah Almighty descends (in a manner He best knows it) in the night occurring in the middle of Sha’ban and forgives a large number of people more than the number of the fibres on the sheep of the tribe, Kalb.”

Kalb was a big tribe the members of which had a very large number of sheep. Therefore, the last sentence of the Hadith indicates the big number of the people who are forgiven in this night by Allah Almighty.

Although the chain of some of these Hadith suffers, yet when all these Hadiths are combined together, it becomes clear that this night has some well founded merits, and observing this night as a sacred night is not a baseless concoction. Some modern scholars said, there in no special importance to give to this night. In fact, there are many Hadiths, which are unanimously Sahih and Hasan and prove that there is merit in Night of Bara’ah.

Therefore, there is no chance to neglect any week Hadith as Daif or weak. Most importantly, for the proof of the merit of Night of Bara’ah, we do not need too many authentic Hadiths, but only a Sahih Hadith is sufficient for the virtue and great evidence of Night of Bara’ah.