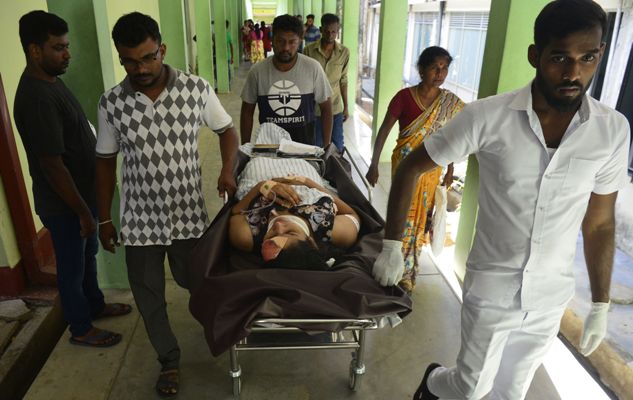 The toll in a series of eight blasts in Sri Lanka on Sunday has jumped to at least 207, with over 450 people wounded, police spokesman Ruwan Gunasekera said.

Speaking at a press conference, he said three people had been arrested in connection with the attacks that mostly targeted high-end hotels in the capital and churches where worshippers were attending Easter services.

Gunasekera said the police were investigating whether suicide bombers were involved in all of the blasts.

No one has claimed responsibility for Sunday's blasts yet.