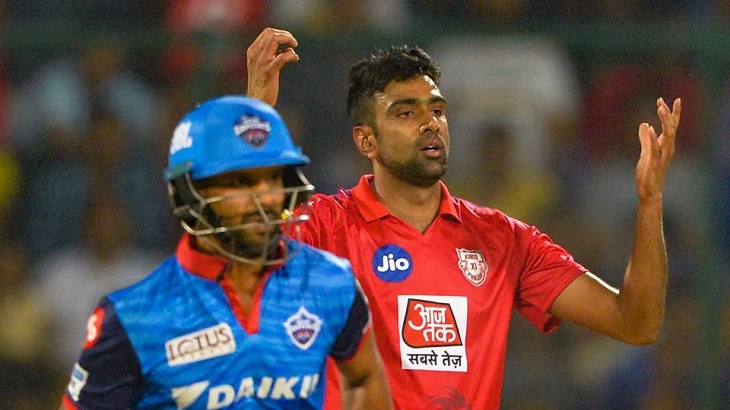 Kings XI Punjab captain Ravichandran Ashwin was fined for his team maintaining a slow over-rate during their five-wicket loss to Delhi Capitals at the Feroz Shah Kotla on Saturday (April 20).

Mumbai Indians' Rohit Sharma, Rajasthan Royals' recently-sacked captain Ajinkya Rahane, and Royal Challengers Bangalore's Virat Kohli are the other captains to have been fined for similar offence earlier in the season.

The game saw Punjab-based franchise succumb to third loss in their last four games. Put in to bat first, KXIP posted 163/7 from their allotted overs before the Capitals chased it down, on the back of half-centuries from Shikhar Dhawan and Shreyas Iyer, with two balls to spare. The game, though, ended just seven minutes before midnight.

Since this was Ashwin, and his team's, first such offence of the season, the off-spinner was docked INR 12 Lakh.