BNP will diminish if not joins parliament: Tofail 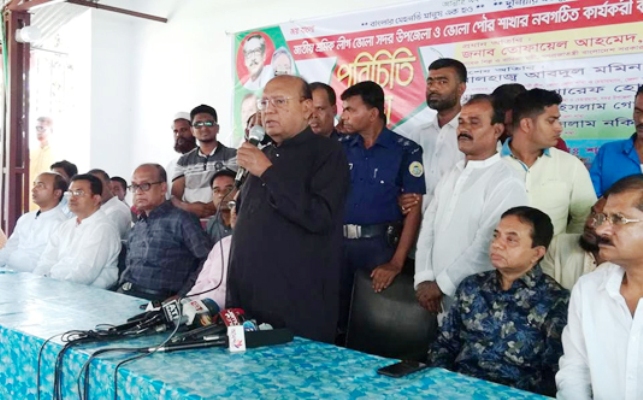 Awami League advisory council member and chairman of Parliamentary Standing Committee on Ministry of Commerce Tofail Ahmed on Sunday said BNP is decaying political party and would diminish if the party remain absent from parliament.

Tofail Ahmed said this while addressing the introductory meeting of newly elected committees of Sramik League Sadar and Pourasabha units at his residence in Bhola.

“Elected parliament members of BNP lose membership after a certain period if they don’t come to parliament and the party is abolishing is existence like Krishak Sramik Party and NAP,” he said.

“A party which gives nomination in the parliament election in exchange of money, can not sustain,” the Awami League leader said.

Criticizing Khaleda Zia for making her fugitive son as party’s acting chairman in her absence Tofail Ahmed said Khaleda Zia and her son have no faith in any leader of the party except family members.

Tofail Ahmed said BNP wanted to shroud controversy over last parliamentary election but failed as big countries including USA, India, China and Russia have accepted the result and congratulated Sheikh Hasina for being prime minister of Bangladesh for the third consecutive term.