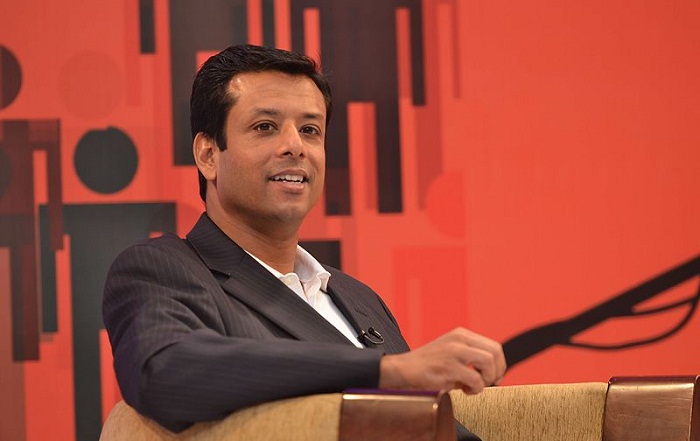 Prime Minister’s ICT Affairs Adviser Sajeeb Wazed Joy on Sunday called upon the young information and communication technology entrepreneurs to generate their own innovative ideas to take the lead in the global ICT sector.

“My message to our BPO (Business Process Outsourcing) industrialists is find your own innovations and visions, find your ideas, find new technologies — don’t imitate, rather innovate,” he told the young IT entrepreneurs opening a two-day 4th BPO Summit at a city hotel.

Joy said Bangladesh’s next door neighbor India earned a global repute of being the “outsourcing hub of the world” making it difficult to others like Bangladesh to compete with them.

“Our BPO industry does not need to go head to head, and toe to toe with the largest Indian IT and BPO companies to try to imitate what they do,” he said.

But, Joy said, the ICT industry was still very new and Bangladeshi BPO entrepreneurs should explore opportunities through their innovative ideas as “there are new and new services that are coming online that perhaps we have not even imagine”.

Posts, Telecommunications and IT Minister Mustafa Jabbar chaired the opening session of the meet, joined as well by State Minister for ICT Division Zunaid Ahmed Palak while when Bangladesh Association of Call Center and Outsourcing (BACCO) President Wahid Sharif delivered the welcome address.

Joy said if he told someone 10 years ago that he or she could be working on a project wearing virtual reality goggles sitting in Bangladesh, everyone would have said it is impossible and it is magic. “But today that is reality. So I want to give a message to our BPO industry to find own innovations,” he added.

He said Bangladesh has made a remarkable progress in the IT sector in such a short time.

“Ten years ago, there were no such things of digital industry or digital Bangladesh. Bangladesh was still a very backward country,” he said. The PM’s adviser said: “Our BPO industry started its journey with a grand total of 300 employees. This was just ten years ago. Within 10 years, we have now come to this place where we have over 50,000 employees in the BPO sector earning 300 million dollars a year.”

He said all of the achievements and development that the people are witnessing now, none of that had even been dreamed of, had not even been planned prior to the Awami League government coming to power in 2009.

“All of these – – the metro-rail system, the Padma bridge, fiber optic connectivity throughout the country, the many high-tech parks – – none of these had even been thought of. It hadn’t been started, planning hadn’t been done. Simply did not exist,” he added.

Very few countries have been able to achieve such rapid growth in such a short amount of time, he added.

Joy said 10 years ago Bangladesh was being considered a failing state. BPO and IT industry was simply not even possible. “We had severe shortage of electricity, (fiber optic) connectivity did not exist, very little bandwidth, but extremely expensive,” he said.

“What we believe and our vision is that we should not just catch up to the rest of the world. The country needs to exceed many of its experience. We must progress fast, we now have to focus not just on labor skills, industrialization skills, rather on the knowledge sector and this is where the BPO industry comes in,” he said.

Joy said Bangladesh today is known globally as the world’s second largest manufacturer of clothing and garments. “That is the growth that came organically. With no government help and no government planning, the private sector took it forward on its own,” he added.

“So what our Awami League government focused on was providing the facilitating base that is necessary, we focused on revamping our policies to help accelerate the IT sector’s growth,” he added.

“Our government removed all taxes on IT industry, removed all import duty on IT hardware and software. We took up projects to reach fiber optic cable throughout the country. We now have extensive network and that is growing rapidly,” he added.

He expressed his hope that the BPO industry will be one of the key drivers of economy in coming days.