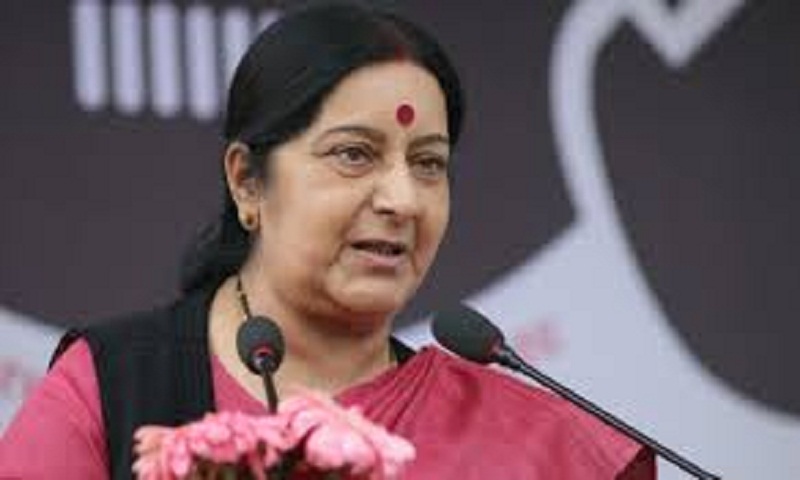 Hours after multiple bomb blasts rocked Sri Lanka, External Affairs Ministry Sushma Swaraj released a statement saying it “calls for the perpetrators of the attack to be brought to justice expeditiously.”

The MEA’s statement read, “We strongly condemn the serial blasts on multiple locations in Sri Lanka today morning in which many people have been killed and injured. We extend our deepest condolences to the families of the victims and to the people and Government of Sri Lanka. We wish speedy recovery to those injured in the attacks. We call for perpetrators of such ghastly and heinous act and those who provide them support to be brought to justice expeditiously. We stand together with the people and Government of Sri Lanka in this hour of grief.”

External Affairs Minister Sushma Swaraj Sunday said the government is keeping a close watch on the situation and was in touch with the Indian High Commissioner in Colombo, reports The Indian Express.

“Colombo — I am in constant touch with Indian High Commissioner in Colombo. We are keeping a close watch on the situation,” Swaraj wrote in a tweet.

Sri Lanka was rocked by at least six explosions on Easter Sunday which claimed at least 156 lives and left around 400 people injured, according to a Reuters report. The blasts occurred at around 8:45 am (local time) when Easter masses were in progress.

The blasts went off in three churches — St Anthony’s Church in Kochcikade in Colombo, St. Sebastian’s Church at Katuwapitiya in Negombo and another church in the eastern town of Battiloca. Three explosions were also reported from three five-star hotels, the Shangri La, the Cinnamon Grand and the Kingsbury.

The St Sebastian’s Church at Katuwapitiutya in a Facebook post read, “A bomb attack to our church, please come and help