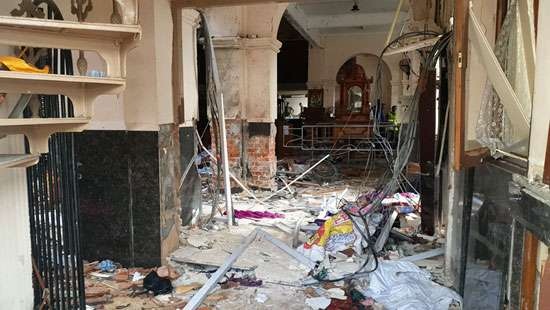 Another explosion is reported in a three-star hotel near the Zoological Garden in Dehiwala and Dematagoda (Mahawila  Udyanaya Road) in Sri Lanka.

According to Sri Lankan police, there had been a seventh explosion, the fourth at a hotel, following six reported at hotels and churches earlier in the day that killed more than 189 people.

The latest blast to be reported was at a hotel near the national zoo, which is in an area close to the capital Colombo.

"There was an explosion in a hotel in Dehiwela near the zoo," a police official told Reuters adding that there were no further details available.

An eyewitness on local TV said he saw some body parts including a severed head lying on the ground near the hotel.

Zoo officials declared the zoo closed after the blast.