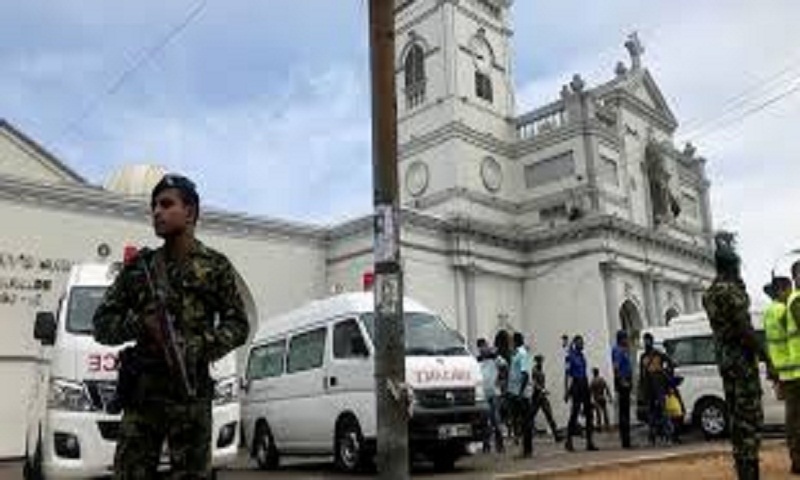 Police spokesman Ruwan Gunasekera said the seventh blast hit a hotel in the southern Colombo suburb of Dehiwala, and the eighth blast hit the suburb of Orugodawatta in the north of the capital, but there were no further details on what was targeted.

The Sri Lankan government has declared curfew with immediate effect, but it is unclear when it will be lifted. Access to major social media and messaging services have also been shut down.

Earlier on Sunday, at least 189 people were killed and more than 400 were injured when three Sri Lankan churches and three hotels were rocked by a string of explosions, police and hospital sources said.

Police officials added that at least 35 foreigners were among the dead. A hospital source said American, British and Dutch citizens were among those killed in the six blasts.

Prime Minister Ranil Wickremesinghe, who condemned the "cowardly attacks", has called for an emergency security council meeting to review the attacks that seem to be coordinated.

“I strongly condemn the cowardly attacks on our people today. I call upon all Sri Lankans during this tragic time to remain united and strong,” he said in a tweet. “Please avoid propagating unverified reports and speculation. The government is taking immediate steps to contain this situation.”

President Maithripala Sirisena said in an address that he was shocked by the explosions, and appealed for calm. Finance Minister Mangala Samaraweera, writing on his verified Twitter account, said the attacks had killed “many innocent people” and appeared to be a “well-coordinated attempt to create murder, mayhem & anarchy”.

Embassies in Colombo also warned their citizens to shelter in place, and Sri Lankan Airlines told customers to arrive at the airport four hours ahead of flights because of ramped-up security in the wake of the attacks.