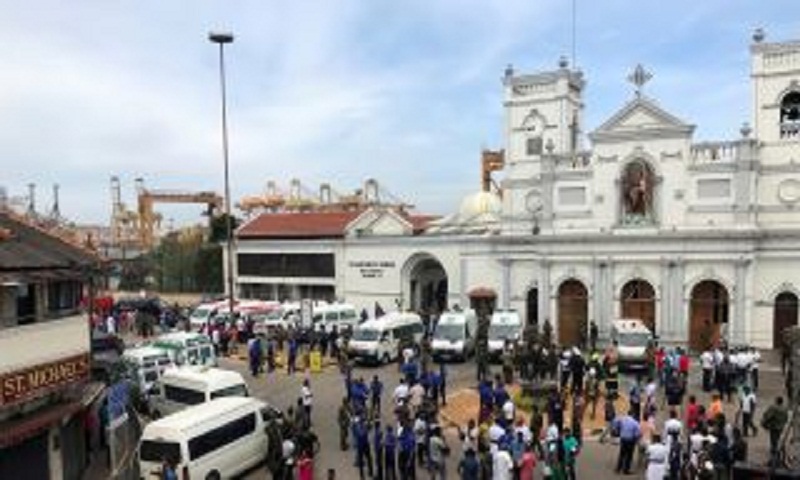 Explosions have also hit three hotels in and around the Sri Lankan capital of Colombo, police said.

At least 52 people were killed in a string of blasts at hotels and churches in Sri Lanka as worshippers attended Easter services, a police official told AFP.

The blasts hit several high-end hotels and one church in the capital, while two additional churches were targeted outside Colombo, police said.

A security official who spoke on condition of anonymity because he was not authorized to speak to reporters says that six near simultaneous explosions hit three churches and three hotels frequented by foreign tourists.

The official suspects at least two of the blasts were caused by suicide bombers.