Agent Orange: US to clean up toxic Vietnam War air base 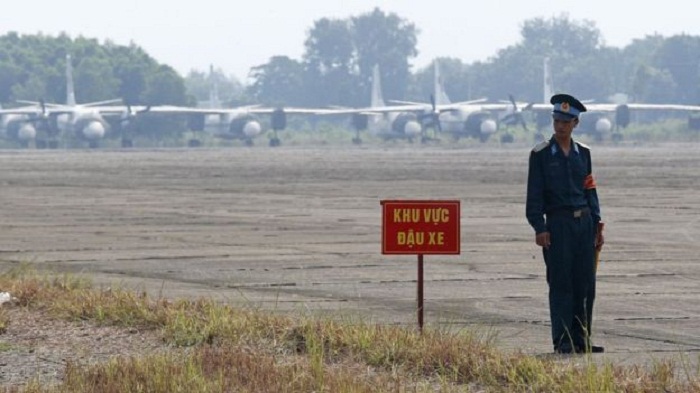 The ten-year programme, unveiled more than four decades after the end of the Vietnam War, will cost $183m (£141m).

The site at Bien Hoa airport, outside Ho Chi Minh City, is considered the most contaminated in the country.

Agent Orange was a defoliant sprayed by US forces to destroy jungles and uncover the enemy's hiding places.

It contained dioxin, which is one of the most toxic chemicals known to man and has been linked to increased rates of cancers and birth defects.

At Bien Hoa the chemical has contaminated the soil and seeped into nearby rivers.

The amount of dioxin in the area is four times higher than that found at Danang airport where a similar operation was completed in November.

A statement from the US development agency USAID, which is behind the clean-up, described the site as the "largest remaining hotspot" of dioxin in Vietnam.

"The fact that two former foes are now partnering on such a complex task is nothing short of historic," US ambassador to Vietnam, Daniel Kritenbrink, said at Saturday's programme launch.

More than 80 million litres of Agent Orange are estimated to have been sprayed by US forces over South Vietnam between 1962 and 1971.

From the 1960s, doctors in Vietnam began to see a sharp rise in birth defects, cancers and other illnesses linked to exposure to the chemical.

The US compensates its veterans exposed to the defoliant, but does not compensate Vietnamese nationals.