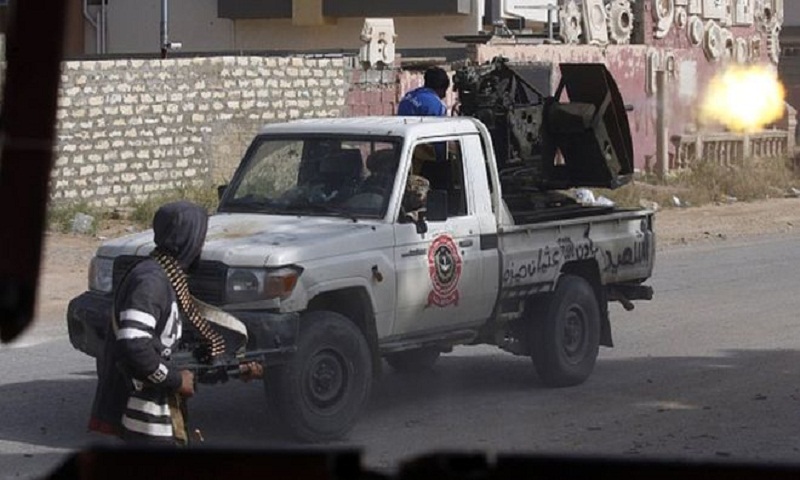 It comes after days of limited advances by either side, in clashes which have killed 220 people.

Soldiers loyal to Gen Khalifa Haftar launched an attack earlier this month with the aim of taking Tripoli.

Prime Minister Fayez al-Serraj has condemned the "silence" of his international allies amid the fighting.

Details of progress by both sides was not immediately clear.

The group has been advancing on the city from multiple directions, and says it has taken Tripoli's international airport.

The UN-backed government says it has launched a counter-offensive against Gen Haftar's forces.

Gen Haftar, a former army officer, was appointed chief of the LNA in 2015 under an earlier, internationally recognised government based in Tobruk..

He has support from Egypt, Russia and the UAE.

Both America and Russia have refused to support a UK-drafted UN Security Council resolution calling for a ceasefire.

Gen Haftar has support from several foreign powers, who see him as a potentially stabilising force in the chaos of post-revolution Libya, BBC Arab Affairs editor Sebastian Usher reports.

Some Libyans feel the same way, but others see him as just another warlord bent on winning power by force, our editor.