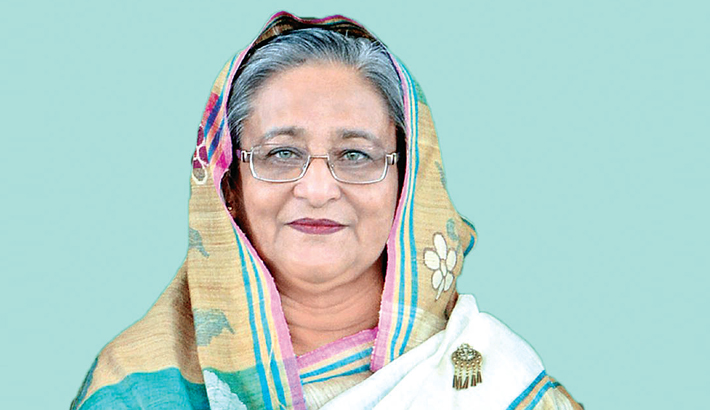 Prime Minister Sheikh Hasina leaves Dhaka on Sunday on a three-day official visit to Brunei Darussalam at the invitation of the kingdom’s Sultan Haji Hassanal Bolkiah.

During her visit, Bangladesh is likely to sign seven Memoranda of Understanding (MoU) with Brunei on various fields.

A special flight of Biman Bangladesh Airlines, carrying the premier and her entourage, will depart Hazrat Shahjalal International Airport (HSIA) for Brunei at 8:00am.

The Biman flight is scheduled to land at Brunei International Airport in Bandar Seri Begawan, the Brunei capital, at 2:45 pm local time.

After the official welcome function, a ceremonial motorcade will escort the prime minister to Empire Hotel and Country Club, where she will be staying during her visit.

The prime minister will attend a dinner to be hosted by the High Commissioner of Bangladesh to Brunei on the same day.

On Monday morning, Sheikh Hasina will have a general audience with Sultan Haji Hassanal Bolkiah and Royal family at Cheradi Laila Kenchana at Istana Nurul Iman, the official residence of the Sultan.

The talks will be followed by signing ceremony of memoranda of understanding (MoU).

She will visit Jame Asr Mosque and offer Asr prayers there.

Sheikh Hasina will attend an official banquet to be hosted in her honour by the Sultan at Istana Nurul Iman.

On Tuesday morning, the prime minister will lay the foundation stone of the new Chancery Building of Bangladesh High Commission at the Diplomatic Enclave at Jalan Kebangsaan in the Brunei capital. Later, she will visit Royal Regalia Museum.

Sheikh Hasina will leave Brunei for home at 5:00 pm local time and is expected to reach Hazrat Shahjalal International Airport in Dhaka in the evening.