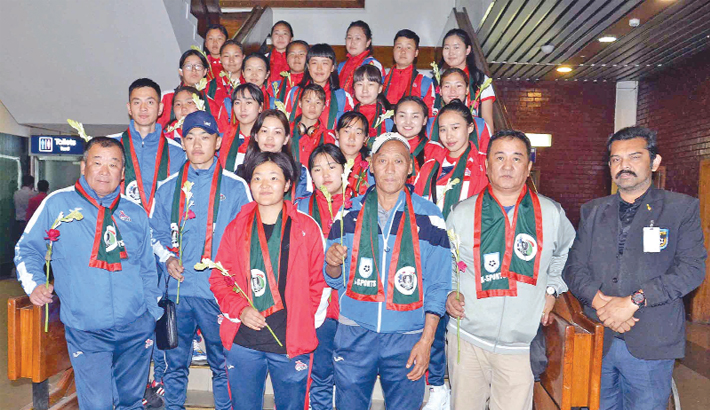 Mongolia Under-19 Women’s Football Team players are seen along with officials after landing at Hazrat Shahjalal International Airport in the capital on Saturday. — bff PHOTO

Tajikistan were the first team to arrive in the city on Friday night to take part in the Bangamata U-19 Women’s International Gold Cup-2019 set to begins tomorrow.

Then Mongolia arrived in Dhaka in the early hours on Saturday while United Arab Emirates (UAE) also arrived in the capital.

Laos arrived on Saturday’s afternoon while Kyrgyzstan will be the last team to arrive in Dhaka today.

Six U-19 women’s teams, including Bangladesh will compete in the tournament.

Mongolia, Tajikistan and Laos were drawn into Group A whereas Bangladesh will compete against United Arab Emirates (UAE) and Kyrgyzstan in Group B.