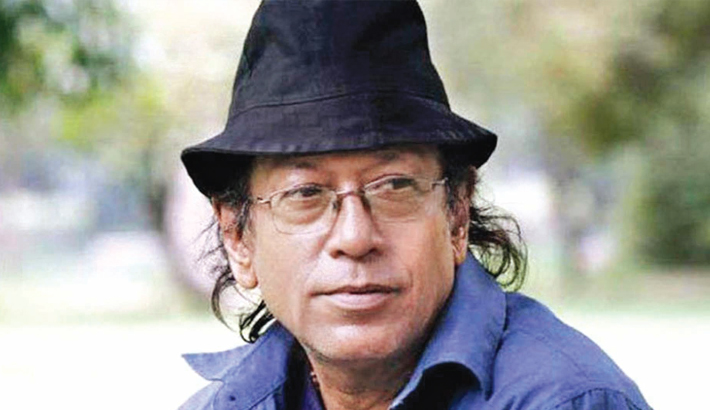 Different socio-cultural organisations and his family have chalked out different programmes including doa and milad mahfils and discussions to mark the day.

Lucky Akhand was a Bangladeshi singer-composer. He was associated with the musical band Happy Touch. He composed and gave vocal to songs including Ei Neel Monihar, Abar Elo Jey Shondhya and Amaye Deko Na. He served as the music director of Bangladeshi national radio network Bangladesh Betar.

Akhand got music lessons at the age of five from his father. He performed in music programmes for children on television and radio during 1963-1967. He was enlisted as a music composer of HMV Pakistan when he was 14 and a musician of HMV India at 16. He won the first prize in ‘Modern Bangla Songs’ category in 1969 from the Pakistan Art Council. He was an artist of Swadhin Bangla Betar Kendra, the radio broadcasting center of Bangladesh Government formed for Liberation Struggle during the Bangladesh Liberation War in 1971.

Akhand started his career with self-titled solo album Lucky Akhand in 1984 under the banner of Sargam. Some of the notable songs of that album are ‘Agey Jodi Jantam’, ‘Amay Dekona’, ‘Mamonia’, ‘Ei Neel Monihar’ and ‘Hridoy Amar’. He composed songs for the album of his brother in which ‘Abar Elo Je Sondha’ and ‘Ke Bashi Bajaire’ sung by Happy Akhand, ‘Shadhinota Tomake Niye’ and ‘Pahari Jhorna’ sung by Happy Akhand and himself and “Nil Nil Shari Pore” and “Hothat Kore Bangladesh” sung by himself are notable songs. Lucky was the music composer and also gave vocal to “Abar Elo Je Sondha” (main vocal was by Happy Akhand) and other songs in the Bangla film named Ghuddi in 1980.

Akhand stopped his career after the death of his younger brother Happy Akhand in 1987.

He returned after a decade with two albums named Porichoy Kobe Hobe and Bitrishna Jibone Amar in 1998.

Porichoy Kobe Hobe was his second solo album and the remake of his brother Happy Akhand’s solo album. Bitrishna Jibone Amar was a band and modern mix album. Six singers James, Ayub Bachchu, Hasan, Kumar Biswajit, Tapan Chowdhury, and Samina Chowdhury sang together in this album. In the same year, he composed a duet album named Ananda Chokh with the lyrics of Golam Morshed and under the banner of Soundtrack. Akhand composed a solo album of Samina Chowdhury named Amay Dekona in 1999. He also composed the song “Hridoyer Durdine Jacche Khora” for the album Dekha Hobe Bondhu by the band ARK.

He died on 21 April in 2017.  He was buried at Martyred Intellectuals Graveyard in Mirpur.