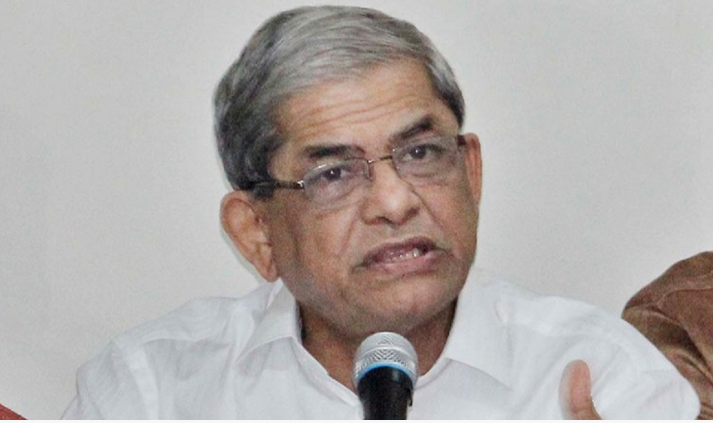 BNP secretary general Mirza Fakhrul Islam Alamgir on Saturday said the media reports on their chairperson’s release on parole and taking oath by their party MPs-elects are nothing but a baseless speculation.

Talking to reports at the local house of former MP Monirul Haq Chowdhury, he also said they want their chairperson to be released on bail, not on parole, as the cases she has been facing are bailable.

Fakhrul went to Cumilla’s Noagaon village under Sadar Dakshin Upazila to exchange views with BNP leaders and activists who were affected and injured in violence during the 11th parliamentary election.

He said their chairperson deserves bail in the cases she was convicted and made accused, but the government has deliberately been obstructing her bail.  “That’s why our leader (Khaleda) has been in jail for 14 months.”

The BNP leader said some convicted ruling party leaders remain out of jail, and even they were made ministers.

He also alleged that the government is trying to shift Khaleda to Keraniganj Central Jail as part of an evil motive.

Fakhrul said the government has kept Khaleda in jail as it wants to ‘restore’ one-party Baksal rule.

The BNP leader urged the party leaders and workers to get ready for a movement to restore democracy and free Khaleda from jail.

Earlier addressing a wayside rally at Burichang here, Fakhrul said Awami League has destroyed the main spirit of the Liberation War by snatching people’s democratic rights. “They (AL) annihilated democracy and snatched people’s rights only to hang onto power.”

He also said the government has been in power depending on guns and law enforcers as it has no public support.