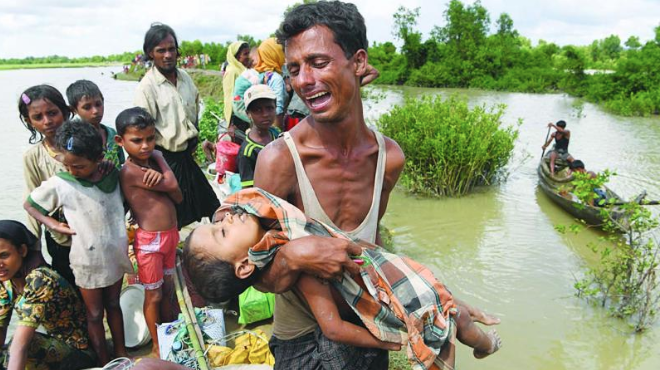 Chairman of the parliamentary standing committee on planning ministry Abul Kalam Azad has urged parliaments of Asian nations to raise their voice over the Rohingya crisis as he joined the Asian Parliamentary Assembly (APA) meeting in Russia.

“We seek stronger role of parliamentarians of Asian countries for peaceful and permanent solution to the crisis,” a Jatiya Sangsad press release today quoted him as telling an unscheduled discussion of the APA’s Standing Committee on Economic and Sustainable Development in Russia on Friday.

He added: “The Rohingya issue has exposed Bangladesh to a major problem.”

Azad is now in Russia to join the APA standing committee’s four-day meeting in Russia’s Naryan-Mar while the event that began on April 18 drew over 20 parliamentary delegations from different Asian countries.

He is leading a three-member Bangladeshi parliamentary delegation to the meeting.

According to the press release, representatives of Russia, China and Turkey expressed their support to Azad as he sought international supports over the Rohingya crisis.

Mentioning about the 5 points raised by Prime Minister Sheikh Hasina at the United Nations General Assembly, Azad said “With the prudent leadership of our PM, Bangladesh is rapidly heading towards the sustainable development goals”, and expressed his hope that Bangladesh will set another example by achieving SDG in continuance to the progress of achieving MDG goals.

Members of the Parliamentary standing committee on the Ministry of Planning, Nurunnabi Chowdhury, MP and Selim Altaf George, MP were also present, among others, at the conference.