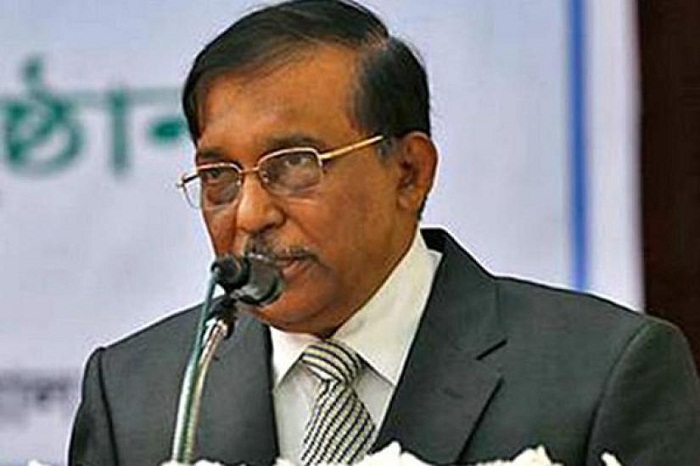 The Home Minister also said 57 of them have been convicted.

He made the remarks at a seminar titled 'Combatting trafficking: Repatriation of Victims of Human Trafficking' jointly arranged by the National Human Rights Commission and UNDP at Pan Pacific Sonargaon Hotel in the city.

"People are either forcibly made a victim of human trafficking or they’re allured for migrating illegally to foreign lands," Asaduzzaman said.

Under the current government, he said, the rate of human trafficking from Bangladesh has reduced significantly.

The Home Minister acknowledged there are some irregularities which still need the attention of stakeholders for solutions.

He said the government is closely monitoring the situation saying, "As they (Rohingyas) were evicted from their homeland, they’ve nothing else to lose. So, they can easily fall victim to temptation of a better life."

"The government is aware of the menace of human trafficking. We’re taking swift measures to handle the situation," he added.

Chief of Mission of the International Organisation for Migration (IOM) in Bangladesh Giorgi Gigaurihas urged all the stakeholders to work together to find reasons behind and erase the menace of human trafficking in Bangladesh and globally as well.

NHRC Chairman Kazi Reazul Hoque mentioned that each victim of human trafficking must have their rights preserved and brought back home immediately.

"Strong enforcement of relevant law is necessary for preventing human trafficking," he added.

The daylong event was divided into different sessions.

Member of Parliament (MP) Nahim Razzaq and Action against Trafficking and Sexual Exploitation of Children Mondal (ATSEC) National Coordinator Manabendra Mandal , among others, spoke at the event.