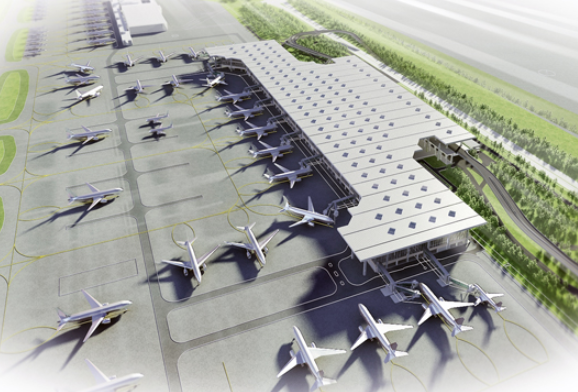 The construction work order of much awaited third terminal of Hazrat Shahjalal International Airport (HSIA), the country’s main aviation hub, is likely to be awarded by July this year.

“The tender evaluation process is going on …we are hopeful to give the work order for constructing the third terminal by July if everything goes smoothly,” Civil Aviation Authority of Bangladesh (CAAB) Chairman Air Vice Marshal Naim Hassan told journalists on Saturday.

The CAAB chief said after floating the tender, two Japan based consortiums named Japan Shimizu Corporation and Mitsubishi submitted proposals to get the work.

The project with an estimated cost of Taka 13,610.47 crore got nod of the Executive Committee of the National Economic Council (ECNEC) on October 24, 2017.

Of the total project cost, Taka 2,395.69 crore will come from the state exchequer while the rest Taka 11,214.78 crore as project assistance from the Japan International Cooperation Agency (JICA).

The new international passenger terminal building is set to have a floor area of roughly 22.5 lakh square feet whereas the exiting two terminals of HSIA have space of around 10 lakh square feet together.

Under the expansion project, apart from the third passenger terminal, building a 5,900my VVIP complex, 41,200my cargo building and multi-level car parking building with tunnel will also be built.

The expansion is set to increase the airport’s annual passenger handling capacity from the current eight million to approximately 20 million, and the cargo capacity from 200,000 to 500,000 tonnes.

Additionally, the project will see the construction of several exit and connecting taxiways, a parking apron in Terminal 3, new roads to connect the terminal with the airport road and a drainage system.

Various water treatment, power supply, rescue and fire-fighting facilities will also be built as part of the development.

Hazrat Shahjalal International Airport began operations in 1980 and is situated on an 802 hector site in Kurmitola, north of the capital.