Bangla New Year to be celebrated in Netherlands Sunday 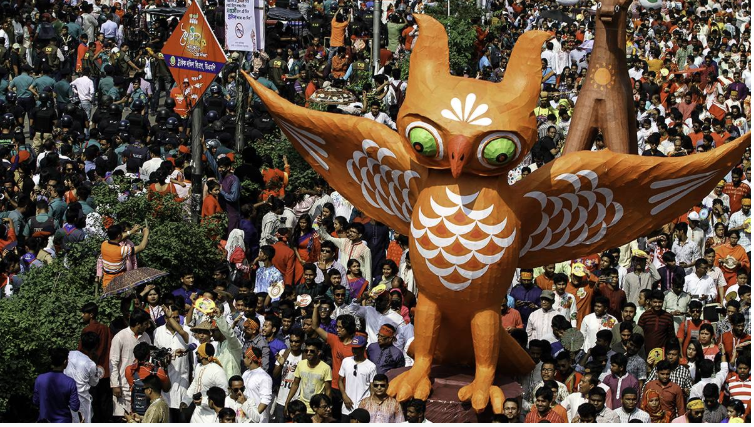 The Embassy of Bangladesh in The Hague has said they have turned "Pahela Baishakh" into a pan European event over the years in the Netherlands.

It all began in 2015 when musical maestro and popular mass singer Momotaz Begum, MP, performed along with her troupe.

In 2016, celebrated artist Samina Chowdhury and in 2018, Hoimanti and Sandipan with their team performed.

This year, once again, Bangladesh Embassy in The Hague is presenting Momotaz Begum, MP, and a seven-member cultural troupe from Bangladesh on Sunday (April 21).

This year, the event, like previous years, will begin with the Mongol Shovajatra where besides non-resident Bangladeshis (NRBs), diplomats, city mayors, local residents are expected to join to beam out the message of peace, said the Embassy on Saturday.

Bangladesh "peace procession" was one of the largest processions ever held in the municipality of Wassennar where Bangladesh House is going to host this event.

Bangladesh Embassy is expecting, besides NRBs from the Netherlands, expatriates from Germany, Belgium, France, England and some other parts of Europe. An array of local artists and band Trimatrik will also perform in this day-long cultural extravaganza.

Students from Bangladesh who are studying in different parts of Europe are expected to join the event with their local friends and colleagues.

Other than cultural performance, different stalls will be put by the Embassy and local members of community turning Bangladesh House into a little Ramna Batamul.