Meghan and Harry: All you need to know about the next royal baby 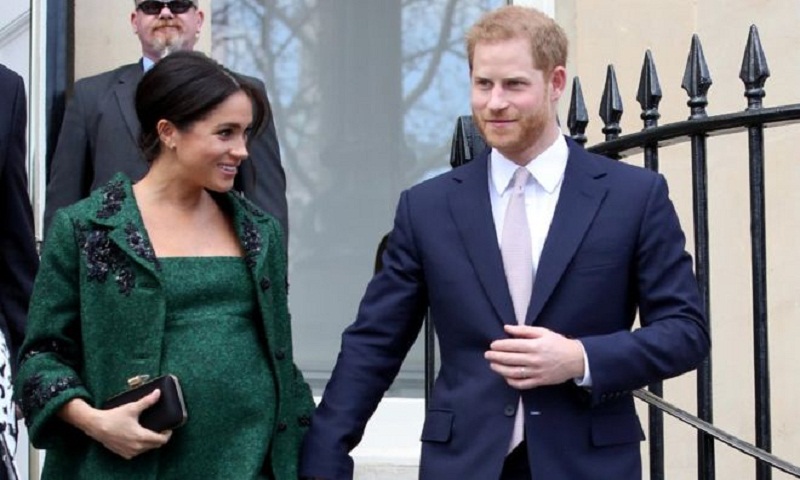 Eleven months on since the Duke and Duchess of Sussex tied the knot, the arrival of the couple's first child is just around the corner.

So how much do we know about the future royal?

When's the baby due?

Initially we were told the couple's baby was coming in spring 2019.

Meghan has since revealed a little more, saying she was due at the end of April or start of May.

So now all we can do is watch and wait.

Interestingly, two of the awaited baby's cousins were both born at a similar time - Prince Louis (23 April) and Princess Charlotte (2 May).

It's unclear if the couple have even found out, but if they have it's definitely not public knowledge.

Meghan told well-wishers during a royal visit to Merseyside in January that they didn't know the sex of the baby.

But betting fans think they have the answer: a girl.

That's the odds-on favourite with the bookmakers. A William Hill spokesman said: "The gamble on a girl continues and it is hard to believe that there is not some truth in the rumours."

Where will Meghan give birth?

Remember the Duke and Duchess of Cambridge stepping outside the Lindo Wing at St Mary's Hospital in Paddington, central London?

Well that doesn't look likely this time. Reports claim the couple have ruled out that option because of the lack of privacy.

Kensington Palace has said the duke and duchess want to keep their plans private.

However, there has been speculation that Meghan is considering a home birth.

She wouldn't be the first royal to do so. The Queen gave birth to all four of her children at home.

If the duchess does give birth at home it will be at the couple's new pad in Windsor - Frogmore Cottage - which was renovated for an estimated £3m ahead of their arrival earlier this month.

Any idea what the baby will be called?

There aren't any rules for choosing royal baby names, but the decision is often guided by tradition.

If it's a girl, the bookmakers' favourites are Diana - Prince Harry's mother's name - Victoria and Alice.

And if it's a boy, Arthur and James are the favourites - but they were also frontrunners for the Duke and Duchess of Cambridge's third child last year.

Prince William and Catherine sprung something of a surprise by opting for Louis instead.

What about the surname?

The child might not need one - if the new baby is given the title of prince or princess (more on that later) a surname isn't necessary.

One option for Prince Harry and Meghan could be the Royal Family name - Mountbatten-Windsor.

That was created by combining the surnames of the Queen and Prince Philip when they married.

But the couple is much more likely to copy the Duke and Duchess of Cambridge by using the title given to them by the Queen - Sussex.

Prince William and Catherine's three children all have Cambridge on their birth certificates.

Will the baby become a prince or princess?

You'd better ask the Queen, but in short - not automatically, no.

The Queen brought in new rules for Prince William in 2012 so that all his children would become princes or princesses.

As it stands, Prince Harry and Meghan's children will not get those titles unless the Queen steps in.

What about other titles?

If the Queen doesn't change the rules (see above), this is where it gets a little complicated.

You may remember on the morning of Prince Harry's wedding he was given some titles from the Queen - Duke of Sussex, Earl of Dumbarton and Baron Kilkeel.

And, according to etiquette guide Debrett's, the eldest son of a duke can use one of his father's "lesser" titles.

So if the child is a boy, it could become Earl of Dumbarton.

That only applies if it's a boy, but a daughter could be Lady (first name) Mountbatten-Windsor.

Could Harry and Meghan reject a title?

Well it has happened before.

When the Queen's daughter, Princess Anne, was offered royal titles for her children - Peter and Zara - she turned them down.

She wanted her children to have as normal lives as possible.

Zara Tindall has since told the Times: "My parents didn't give us titles, so we've been able to have a slightly more normal upbringing. As soon as you've got a title, it's very difficult to shed it."

So Prince Harry and Meghan, who haven't been afraid to break royal protocol, could choose to go the same route.

Could the baby become King or Queen one day?

Yes, in theory, although there are already six royals ahead in the queue.

Prince Harry and Meghan's child will be seventh in line for the throne - just behind the baby's father in the order of succession.

The new arrival's cousins, Prince George, Princess Charlotte and Prince Louis are all in front in the pecking order.

Will the baby be a US citizen?

Yes. As Meghan is still a US citizen, the royal baby will become one as well.

Any American who has lived in the US for five years automatically passes on their citizenship to their offspring.

As her child will have been born outside the US, Meghan will have to register the birth with the American embassy in London.

Prince Harry is obviously British, so the new royal would have dual citizenship.

Meghan is expected to apply for UK citizenship, but that process takes time - she needs to live in the UK for at least five years.

Once she is a UK citizen, the duchess could renounce her US citizenship, but her child would have to wait until he or she was at least 16.