TED 2019: The start-ups launching in space 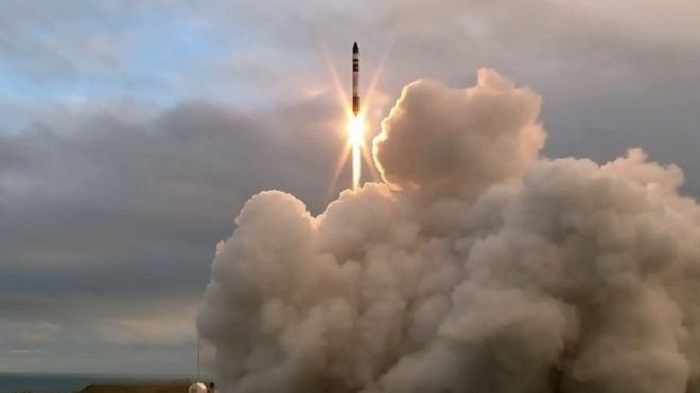 The 25 satellites his firm Rocket Lab has launched include one from a US high school, which designed a spacecraft to measure the atmosphere of Jupiter.

Mr Beck has no plans for human cargo and he does not want to go to space.

"I'm the chief engineer of a rocket company. I know every little thing that can go wrong," he said.

Mr Beck spoke at the TED conference in Vancouver, where space has been a hot topic. There are at least two female astronauts on the delegates lists - including one who took her watercolour set to the International Space Station "to pass the time".

TED attracts tech billionaires who could afford to become space tourists, but Mr Beck has his eyes on another prize.

"We have a fundamental policy that we will not fly meat," he told the BBC. Instead his firm is concentrating on delivering small satellites from both the commercial and government sectors into orbit.

The Space Foundation has forecast that the international space industry will be worth $720bn (£552bn) by 2030, with much of the growth coming from launching satellites.

"Satellites used to be the size of school buses, but now they have shrunk to the size of microwaves and that creates a need for small rockets to launch them," said Mr Beck.

It costs around $7m to launch Rocket Lab's Electron rocket from its base in New Zealand.

So far, it has completed five missions to deliver different payloads to specific orbits. Its most recent was for the Pentagon's Defense Advanced Research Projects Agency (Darpa).

While Rocket Lab is already launching rockets, many other firms are vying to compete, including Virgin Orbit, a sister company to Richard Branson's passenger rocket.

"Space is enormously hard, there are lots of considerations like infrastructure and regulation so there are huge barriers to entering this market," said Mr Beck.

Despite that, he believes we are heralding a new age of space entrepreneurialism.

"I used to wish when I was growing up that I was born in the Apollo era because I thought that was the golden time to be in space but, quite honestly, it is now," he told the BBC.

"If a high school can build a spacecraft and put it in orbit and do meaningful science, then we really have democratised space."

Rocket Lab is currently building a second launch pad in Virginia in the US and is even considering a third one in Scotland.

It may not happen because Scotland might not have the right trajectory for the rockets he needs to launch.

"People think space is just up, but when you put something in orbit it is not so much up as around," he said.

Rockets need different trajectories to hit the correct orbits, depending on where in space they want to be, and the site in Scotland could make launches "complex".

For the time being, Rocket Lab is concentrating on its US site, which is due to be completed in September.

As more and more satellites are sent into orbit, so the need to clean up space junk which can smash them gathers pace

It is estimated that there are already nearly 26,000 objects orbiting the Earth and when they no longer work, they become floating and potentially dangerous rubbish.

TED Fellow Moriba Jah wants to tackle the problem and has designed AstriaGraph, an open database which brings together multiple sources of information to monitor space objects.

He is hoping that it can be used to help inform policymaking in future.

"When a lot of the laws were created, we thought it would only be governments putting things in orbit and the rules are not designed for the massive influx of lots of companies," he said.

"Space is truly global and while seas and airspace have boundaries, that doesn't work in space. A spacecraft can't dodge a country, physics won't allow it."