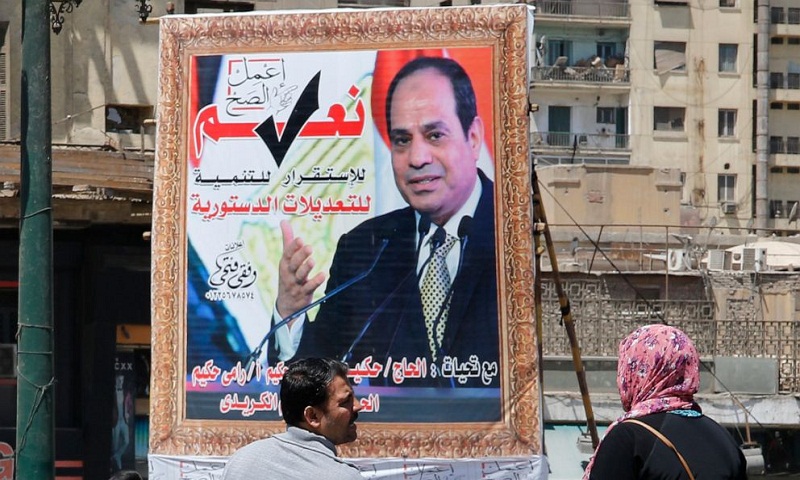 Egyptians have begun voting on constitutional amendments aimed at keeping President el-Sissi in power until 2030.

The referendum comes amid an unprecedented crackdown on dissent in recent years. El-Sissi's government has arrested thousands of people, most of them Islamists but also prominent secular activists, and rolled back freedoms won in a 2011 pro-democracy uprising.

The proposed changes were blasted by critics as another major step toward authoritarian rule.

Egyptians are being asked to vote on constitutional amendments that would allow President Abdel-Fattah el-Sissi to stay in power until 2030.

The three-day voting period for the nationwide referendum starts at 9 a.m. (0700 GMT) Saturday.