Liberian president works from home as snakes take over office 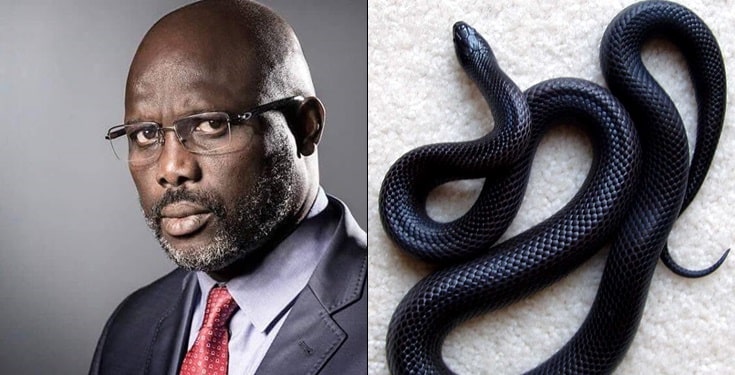 Fumigation began on Friday in Liberia's Ministry of Foreign Affairs building, which houses the office of Liberian President George Weah, in a bid to get rid of reptiles which have now taken over the seat of power.

A presidential spokesman told reporters that due to this development, Weah, who took office in January 2018, will temporarily work from home.

"It's just to make sure that crawling and creeping things get fumigated from the building," said Smith Toby, the president's press secretary.

Two black snakes were seen this week emerging from a hole in the reception area of the Ministry of Foreign Affairs. The president's office had been situated there for 13 years now.

The snakes were never killed, said Toby. "There was a little hole somewhere through which they made their way back," he confirmed.

All staff of the foreign ministry would stay away from the building until Monday next week while fumigation is done, Toby said, citing an internal memo.

According to him, the president will definitely return to his office on Monday, after the fumigation. He added whether or not the snakes are found or killed, Weah would be at the office.

It is alleged that the snakes probably used the drainage system to crawl in that building.