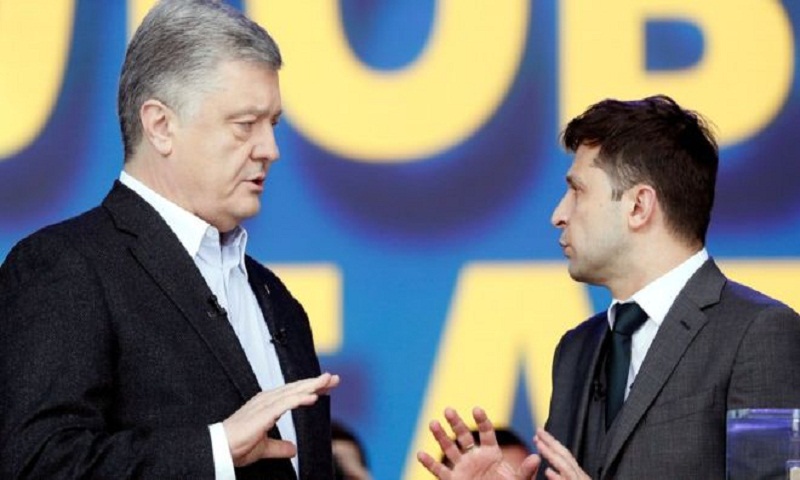 But Mr Poroshenko argues that he is a political novice unfit for such a demanding job.

Mr Zelensky has relied on a slick social media campaign to tap into the frustration of many younger Ukrainians with establishment politicians, cronyism and corruption.

The debate in the capital's 70,000-seat stadium - where Mr Poroshenko's supporters appeared to outnumber Mr Zelensky's - was the first and only direct clash between the two rivals in the campaign.

The stadium had been divided into two halves for the debate, with a stage for each candidate to speak from at each end of the pitch - but Mr Poroshenko and Mr Zelensky ended up speaking on the same stage.

What did they say?

"I am not a politician," said Mr Zelensky, who spoke first. "I am just a simple person who has come to break down this system."

Mr Poroshenko responded by accusing his rival of avoiding active-duty military service and said he would not be able to stand up to Russian President Vladimir Putin.

"We only have a beautiful and bright sweet wrapper in which everyone can find what he is looking for," he said.