Stone laying ceremony of Hindu temple in UAE on Saturday 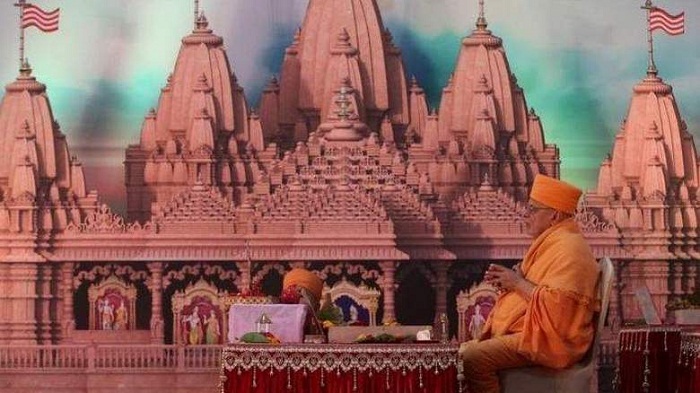 All preparations are in place to hold the 'Shilanyas Vidhi' (foundation stone laying ceremony) of the first traditional Hindu stone temple in Abu Dhabi on Saturday, representatives said. The ceremony will begin at 9am in the presence of Mahant Swami Maharaj, the spiritual leader of BAPS Swaminarayan Sanstha - the religious and social organisation building the temple.

Sheikh Abdullah bin Zayed Al Nahyan, Minister of Foreign Affairs and International Cooperation, and Sheikh Nahyan Mubarak Al Nahyan, Minister of Tolerance, will grace the occasion along with social and spiritual leaders from across the world. Thousands of followers are set to throng to Abu Mureikha, near Al Rahba, to witness the four-hour ceremony.

The main ceremony will see the priests sanctify pink sandstones that will be used to set foundation of the temple. All these stones are transported from Indian state of Rajasthan.

Temple volunteers said there was a special orientation conducted where devotees were told details of today's ceremony. Passes were distributed for 'yajman seva' for those who have made a donation of Dh2,500 or Dh5,000 to participate in the shilanyas ritual and support the BAPS temple.