US marine 'arrested over N Korea embassy raid in Madrid' 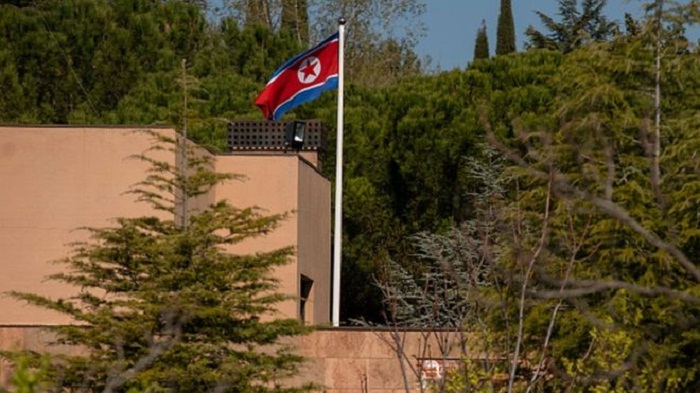 Christopher Ahn will reportedly appear in a Los Angeles court.

It would be the first arrest over the incident, which happened in February days before US President Donald Trump met North Korea's Kim Jong Un in Vietnam.

US federal agents have also raided the apartment of Adrian Hong, one of the group's leaders, says the Washington Post.

The US Justice Department did not immediately respond to requests for comment from the BBC.

In a statement, Free Joseon said it was "dismayed" by arrest warrants being executed.

"The last US citizen who fell into the custody of the Kim regime returned home maimed from torture and did not survive," said spokesperson Lee Wolosky.

"We have received no assurances from the US government about the safety and security of the US nationals it is now targeting."

On 22 February, a group of at least 10 people stormed North Korea's embassy in Spain, allegedly identifying themselves as "members of a human rights movement seeking to liberate North Korea".

During the incident several embassy staff were held hostage, including an attaché whom they tried persuading to defect.

Members of the group allegedly made off with several computers and hard drives, data from which was allegedly passed on to American authorities.

Free Joseon - formerly known as Cheolima Civil Defense - insists that its members were invited to the consulate.

A Spanish court document released last month has named leaders of organisation, some of whom are believed to live in the US. The court is seeking their extradition.