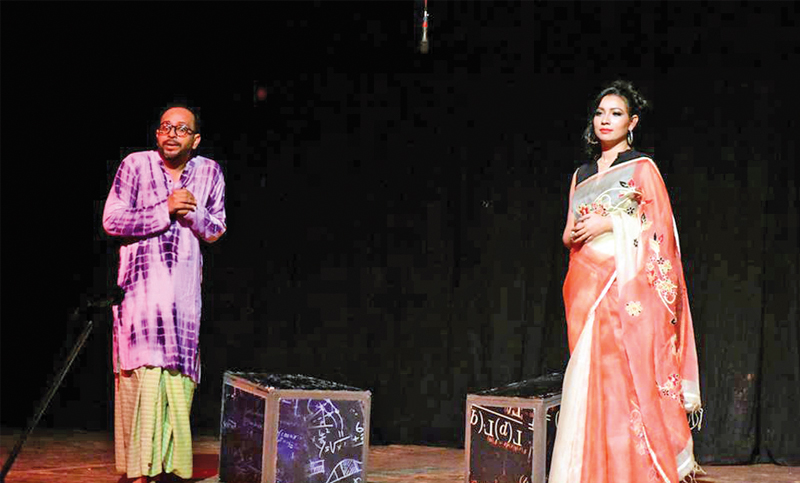 Noddiyo Notim is a modern adaptation of noted author Humayun Ahmed’s popular novel ‘Ke Kotha Koy’. The story manifests a relationship between a poet, Motin Uddin, and a special child.

Motin sacrifices his life to show the kid the beauty and truth of this world.

The play mainly revolves around three characters which are played by Asadul Islam, Sonia Hasan and Arjo Meghdut. Interestingly, all three actors in the play are from the same family.