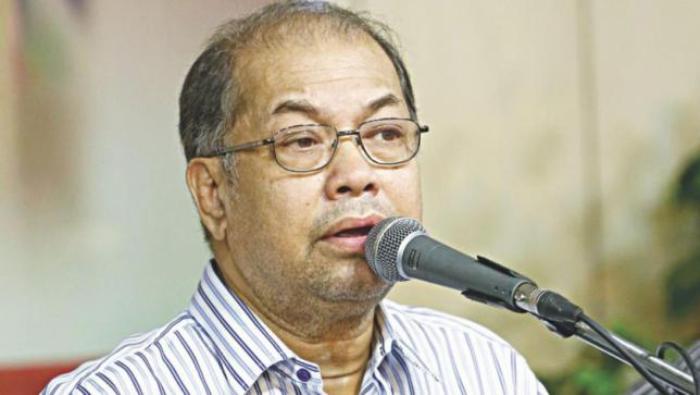 Prime Minister Sheikh Hasina on Friday asked for sending all the documents of Subir Nandi’s treatment to Singapore to take opinions of physicians there and take steps accordingly.

The Prime Minister gave the directive when singers Kumar Biswajit, Tapan Chowdhury and Rafiqul Alam, and Dr Samanta Lal Sen met her at her official residence Ganobhaban to inform her of the present condition of Subir Nandi who is now on life support at the Combined Military Hospital (CMH).

Sheikh Hasina told them that she extended all-out assistance to the Ekushey Padak-winning singer twice earlier when was sick in 1998.

On Thursday morning, PM's Special Assistant Barrister Biplob Barua went to the CMH and talked to the wife and daughter of Subir Nandi on behalf of the Prime Minister, he said.

Subir Nandi was taken to the CMH on Sunday night after he fell sick while returning to Dhaka from Srimangal by a train. He vomited several times and complained of severe pain in the throat during the journey.

The singer suffered a cardiac arrest soon after he was taken to the CMH emergency department. Following frantic efforts for 2-4 minutes, his heart started to work again and he was put on life support and shifted to the intensive care unit (ICU).