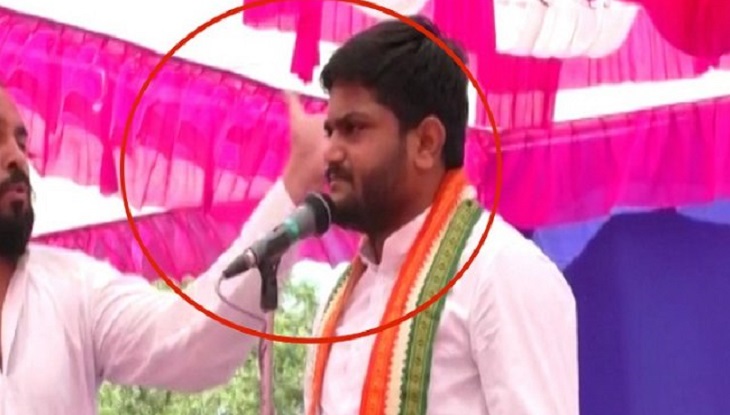 Congress leader and the party’s star campaigner Hardik Patel was slapped at a public meeting in Gujarat on Friday morning.

He was slapped in Gujarat’s Surendranagar district during a Jan Aakrosh Sabha.

The man was detained and Hardik Patel later filed a complaint with the police with regard to the incident.

Meanwhile, the man was admitted to a hospital as he was thrashed following the slap incident.

"My wife was pregnant when Patidar agitation happened. She was undergoing treatment at a hospital, I had faced problems then. I had decided then that I'll hit this man. I have to teach him a lesson anyhow," Tarun Gajjar said, as per ANI.

"Then again, during his rally in Ahmedabad when I had gone to get medicine for my child, everything was shut down. He shuts down the roads, he shuts down Gujarat whenever he wants to, what is he? Gujarat's hitler?" he added.