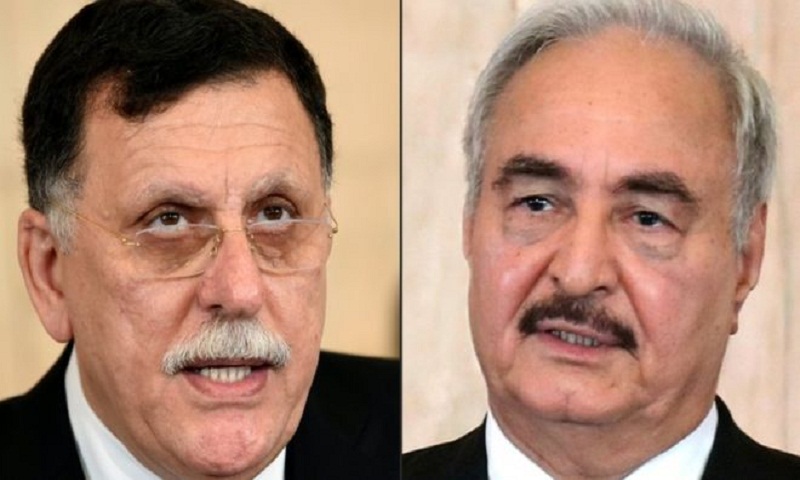 The UN-backed PM of Libya has condemned the "silence" of his international allies as opposing forces advance on the capital Tripoli.

More than 205 people have been killed since fighting began on 4 April, the World Health Organization (WHO) says.

As violence continues, Mr Serraj said his people were starting to feel abandoned by the world.

He said failure to support his internationally recognised government could "lead to other consequences", citing the risk of the Islamic State group capitalising on the instability.

The latest crisis started three weeks ago, when Gen Haftar's eastern forces descended on the capital in what Mr Serraj has described as an attempted coup.