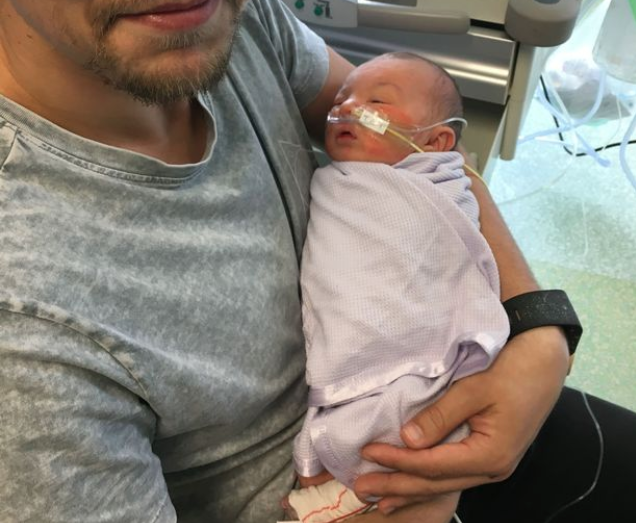 A young girl was born with a rare condition which nearly saw her drown in her own SALIVA.

Tiny Isabelle Golding's parents spotted there was something wrong when they saw she was bubbling around the mouth.

The infant was rushed to hospital, where doctors discovered she needed emergency surgery for her life-threatening illness.

Her parents, Tom and Rebecca, noticed their newborn daughter was lethargic, but were unaware she was drowning in her own saliva and milk.

Now Tom is set to run the London Marathon in aid of the hospital which saved her life.

The couple, from Sidcup in south east London, took their one-day-old daughter to their local hospital, where an X-ray revealed she had trache-oesophageal fistula and oesophageal atresia.

These rare birth defects affect a baby's oesophagus (food pipe) and trachea (airway) and can be life-threatening.

Rebecca, 32, said: “It was horrific and every parent’s worst nightmare.

"We didn’t know it at the time, but Isabelle was becoming really weak because she hadn’t slept and milk and saliva was going straight to her lungs, which meant she was basically drowning.