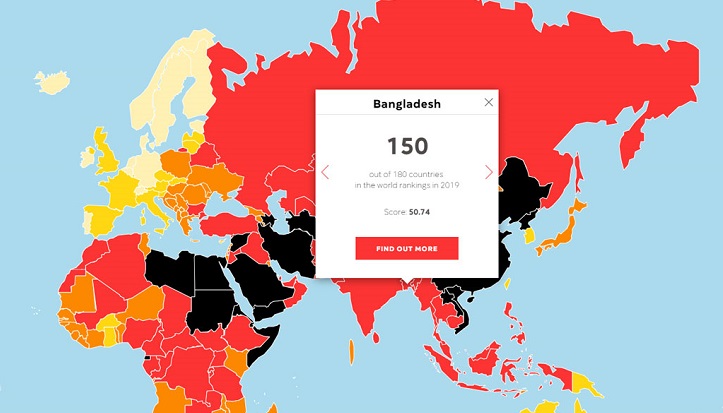 Bangladesh dropped four notches steps on the Press Freedom Index for 2019 to rank 150th marking the country’s lowest placement in the rankings in seven years.

According to the index, Bangladesh lags behind all other South Asian nations in terms of press freedom and journalists’ rights.

The index ranks 180 countries on the basis of the extent of freedom enjoyed by journalists.

The list is compiled by the Paris-based Reporters Without Borders, or RSF.

The report also notes a decline in the number of countries where journalists can work in complete security as governments continue to exert greater control over the media.

Press freedom was in good health in less than quarter of the 180 countries covered by the index, with the United States sliding to 48th place, it says.

Norway ranked the top country in the index.