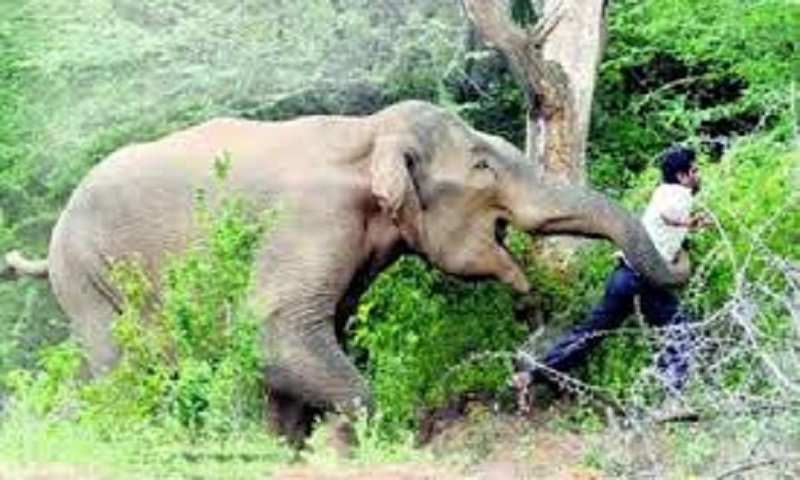 Five people, including a woman and two girls, were killed when a wild elephant strayed into human habitation in different villages of Angul district, officials said Friday.

The tusker entered Sandha village near here from a forest late on Thursday night and trampled to death three members of a family, who were sleeping in the verandah of their house.

A man and his two-year-old daughter were among those killed in the first incident.

The family was staying in Sandha village since the man was working in a brick kiln in the locality.

A woman was also killed by the jumbo in the same village while she was asleep in the verandah of her house.

The tusker then proceeded to Santhapada village where it crushed to death a 70-year-old man, the official said.

Angry over the incidents, residents of the two villages staged a road blockade on Friday morning demanding adequate compensation to the family of the deceased.

The blockade was lifted after financial assistance was provided to the families of the deceased.

Steps were being taken for payment of ex-gratia as per rules, he said.

Efforts were on to drive away the wild elephant into the forest, a forest official said, reports PTI.