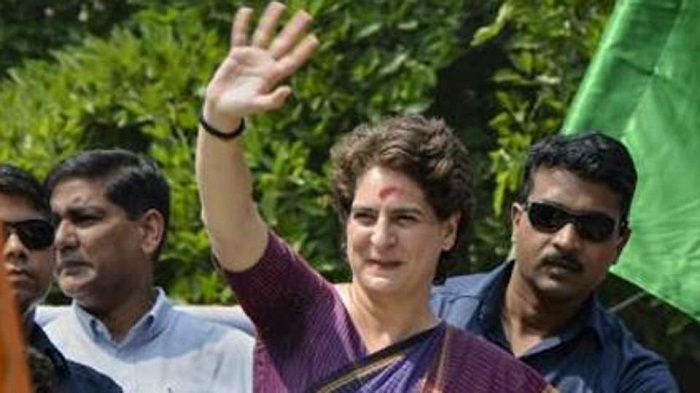 Her brother and Congress president, Rahul Gandhi, is contesting the elections from their family pocket borough of Amethi along with Wayanad. Amethi will go to the polls in the fifth phase of the national polls on May 6 and Wayanad in the third on April 23.

In UP, Priyanka will also hold a roadshow and address a public meeting in Kanpur. “She will reach Amethi on Friday at about 10 am, and then meet a number of delegations of local people and review the party’s preparations for the polls,” said a party leader.

Priyanka will address a corner meeting at Phoolbagh crossing and end her road show at Bada Chauraha from where she will leave for Lucknow by road.

Priyanka is expected to be back in Amethi on April 23. On April 20 and 21, she is likely to visit Kerala’s Wayanad, the second Lok Sabha seat from where Rahul is contesting.

After Amethi, Priyanka will campaign in Wayanad, where she will take part in a roadshow and hold two public meetings, said Congress’s Kerala unit chief, Mullappally Ramachandran. Rahul’s held his last rally in Wayanad on Wednesday.

“She will also take part in a farmer’s convention, and will meet representatives of the tribal population in the constituency,” said Ramachandran.

At the convention, she is likely to highlight Congress’s key poll promise of waiving farm loans, and will also address the issue of farmer suicides in Kerala. Farmers account for 80%, of Wayanad’s population. Priyanka will meet party workers to take stock of the state unit’s poll preparations. In the evening, she will hold two public rallies. One of the public meetings will be at Nilambur while the other in Malappuram.

Priyanka will stay overnight in Wayanad and then leave for Uttar Pradesh on April 21.