India election 2019: The debunked fake news that keeps coming back 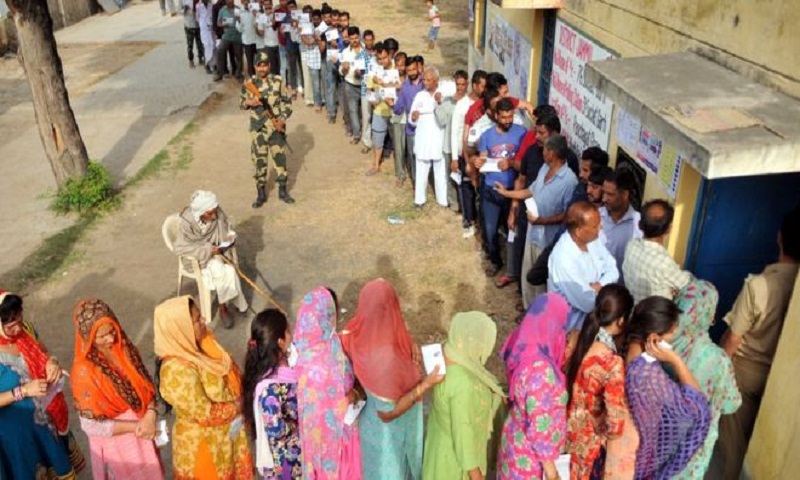 India election 2019: The debunked fake news that keeps coming back

The largest democratic exercise in history is under way to decide who will govern India for the next five years - but there are serious concerns about the extent of false information circulating online.

In the lead-up to the vote, there have been vigorous efforts by fact-checking organisations and social media platforms to debunk misleading information or misrepresentation.

These efforts are a first step, but it's clear that false information is still being spread.

Reality Check looks at some of the misleading rumours that have persisted during this election campaign.

Sonia Gandhi and the Queen

A false story that has been widely shared on social media claims Sonia Gandhi, the Italian-born leader of the main opposition Congress party, is richer than the Queen. But the story was debunked six years ago.

In a country where income inequality is a highly emotive issue, inaccurate stories about levels of personal wealth, particularly of politicians, can be highly damaging to reputations.

The story has its origins in newspaper articles dating back to 2012.

And the Huffington Post published a rich list of world leaders that included Sonia Gandhi in 2013, but later removed her name after the amount they said she was worth was called into question.

Mrs Gandhi declared assets worth 90 million rupees (around £1m) during the last elections in 2014. Estimates of the Queen's wealth are far higher.

But the story has still been widely shared during this election campaign, including by a spokesman for the ruling BJP.

Separately, Mrs Gandhi has also been the target of posts that claim to show her as a young woman in photographs in glamorous settings, with comments questioning her moral standards.

But the photographs being shared are of famous Hollywood actresses and are nothing to do with Mrs Gandhi.

Another widely shared story concerns the educational qualifications of the current prime minister.

The son of a tea-seller in Gujarat state, Narendra Modi makes much of his modest upbringing and it plays well with many of his supporters.

He says he succeeded in completing undergraduate and postgraduate degrees.

A video in circulation, however, apparently featured Mr Modi saying he hadn't studied beyond high school (10th grade). It has been shared by Congress supporters.

But the video is just one part of an old interview in which Mr Modi makes clear his higher education qualifications were attained through external exams after leaving formal schooling.

The surveys that weren't

The spreading of fake opinion surveys and non-existent awards are particular favourites on social media.

There was a story doing the rounds for quite a while that the UN's Educational, Scientific and Cultural Organization (Unesco) had named Mr Modi as the world's best prime minister.

It was patently false as Unesco does not have such an award.

However, the story has persisted and has been back in circulation during the election campaign.

In a similar vein, the BBC has falsely been named as the source of surveys declaring Congress the fourth most corrupt political party in the world.

The BBC has also been used in fake stories spreading on social media suggesting it has predicted a win for the BJP.

Yet other fake posts suggest the BBC predicts that Congress are leading in the polls.

The BBC has made it clear that it does not conduct election surveys in India.

Plenty of false information about voting procedures can also spread during election campaigns.

In India every voter is required to dip a finger in purple dye so they can't vote more than once.

One false rumour that has resurfaced this month claims that prosthetic fingers are being used to allow people to vote multiple times.

The idea here, presumably, is that you'd dip the fake finger in the ink, then return to vote again using your own real finger, or perhaps another fake finger.

How can the fake news problem be tackled?

Although some social media organisations have begun to devote resources to tackling viral fake news, it is an immense task.

For those inclined to believe a story, "they may not believe the information is false even after it's been debunked", she says.

"And the social media machinery of political parties may continue to insert the false information in their distribution of various messages for political gain."

Messages tend to be shared within trusted circles with algorithms only encouraging confirmation biases, says Kanchan Kaur, an India assessor for the International Fact-Checking Network.

Users tend to share videos in particular "because seeing is believing", according to Shalini Narayan, co-author of India Connected: Mapping the Impact of New Media.

Online searches may prioritise fact-checked results, but Ms Rodrigues says the debunked details might not reach the private networks where false information is shared.