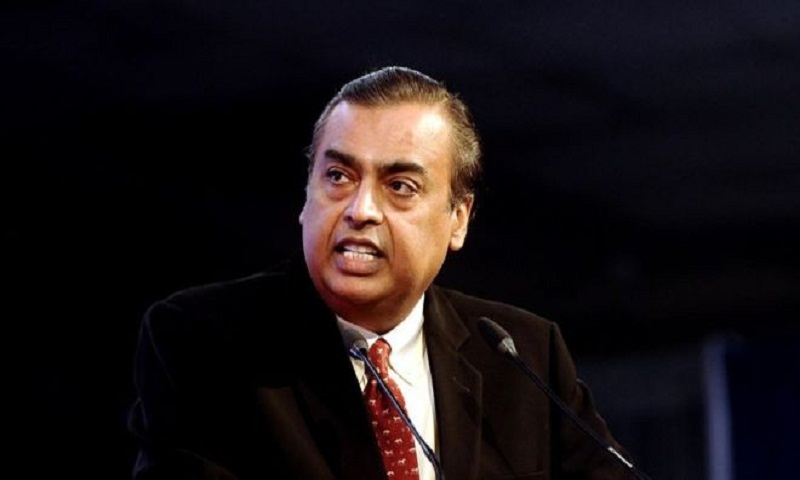 His support was declared in a video tweeted by Mr Deora, a former MP, close to midnight on Wednesday. But it started getting attention only towards the end of Thursday after the second phase of voting had ended.

"Milind is the man for south Mumbai," Mr Ambani declared in the video titled "Jobs".

Mr Ambani is one of several people in the video, which includes local businessmen, small shopkeepers and even Uday Kotak, a billionaire banker.

Although Mr Kotak has also endorsed Mr Deora, it's Mr Ambani's support that is attracting more attention because of another reason.

His younger brother, Anil Ambani, has in recent months been persistently attacked by Congress for his role in a multi-billion fighter jet deal that has come under suspicion. The allegation is that Prime Minister Narendra Modi signed a deal that favoured Anil Ambani - a charge both men have vehemently denied.

The brothers have had a rocky relationship over the years. They fought over their father's businesses after he died in 2002 without a will - this included bruising court battles over natural gas interests.

But Mukesh Ambani helped Anil pay a debt of 5.5bn rupees ($80m; £60m) to telecoms giant Ericsson in March, saving him from spending time in prison.

Anil Ambani had failed to meet a court deadline to make the payment.

Mukesh Ambani is worth more than $54bn, while Anil has an has an estimated net worth of around $300m, according to Bloomberg.

Mr Deora won South Mumbai , one of the richest constituencies in India, in 2004 and 2009. He is now running to unseat Arvind Sawant from Shiv Sena, a strong regional party and ally of the governing Bharatiya Janata Party (BJP).

India has entered full election mode.Voting began on 11 April, and the final ballot will be cast more than five weeks later on 19 May.