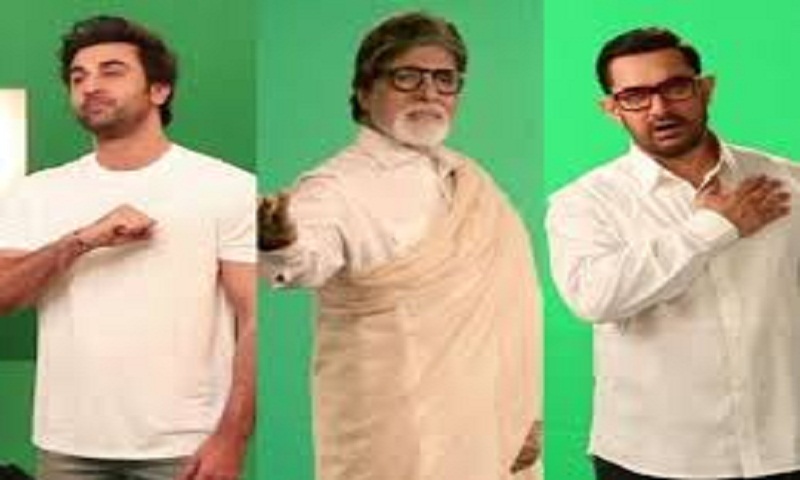 More than two months after the attack on a CRPF convoy in Pulwama, Jammu and Kashmir, the paramilitary organisation has released an inspirational song in memory of the soldiers killed in the attack. Starring in the song, called Tu Desh Mera, are some of the biggest names in the film industry, including Amitabh Bachchan, Aamir Khan and Ranbir Kapoor, reports HT.

On February 14, a convoy of CRPF jawans was attacked by a suicide bomber in Pulwama, leaving 40 soldiers dead.

Amitabh, who emerged the highest taxpayer in 2018-2019, was among the leading personalities who donated to the families of those killed in the attack.

The actor, whose last film Badla scored big at the box office, also starred in Thugs of Hindostan, which was a critical and commercial failure. The film also starred Aamir as its male lead and other big names such as Katrina Kaif and Fatima Sana Shaikh. Thugs was the first major setback in Aamir’s careers in years. His next will be Laal Singh Chaddha, the official Hindi adaptation of Hollywood’s Tom Hanks-starrer, Forrest Gump.

In December, Ranbir Kapoor will see the release of his next film, director Ayan Mukerji’s Brahmastra, the first part of a fantasy trilogy, produced by Dharma Productions. It also stars Alia Bhatt, Telugu actor Nagarjuna, Mouni Roy and Amitabh in prominent roles.