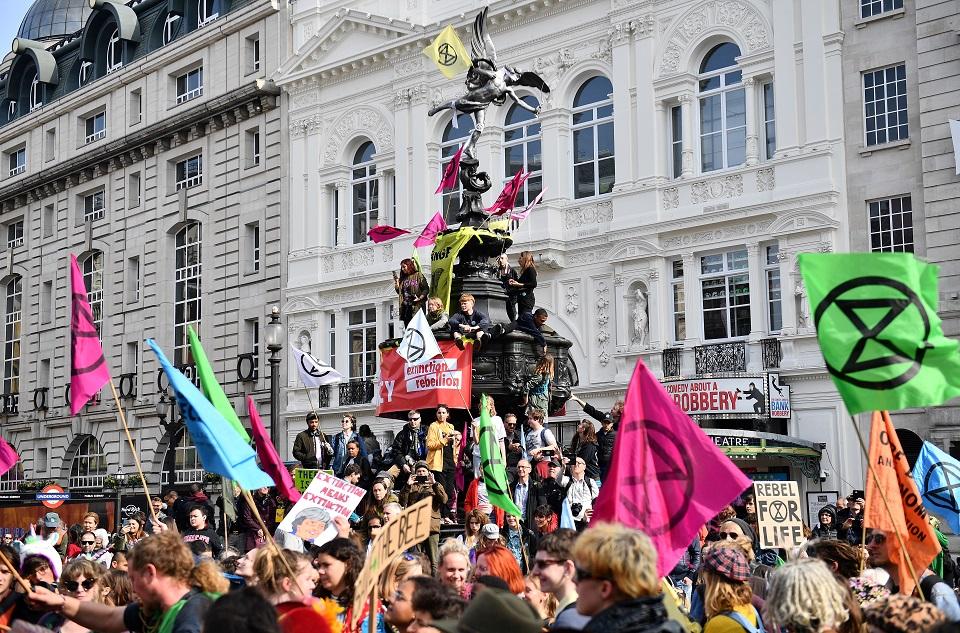 London commuters faced further disruption on Thursday as climate change protests continued to bring parts of the British capital to a standstill, leading to over 300 arrests.

Transport for London tweeted that "bus routes which usually serve stops in central London remain diverted -- curtailed due to an ongoing protest which is blocking several roads."

A total of 340 protesters have been arrested so far during this week's "Extinction Rebellion" event, and three people will appear in court on Thursday charged with obstructing trains at financial hub Canary Wharf.

Demonstrators began blocking off a bridge and major central road junctions on Monday at the start of a civil disobedience campaign that also saw action in other parts of Europe.

The Extinction Rebellion group was established last year in Britain by academics and has become one of the world's fastest-growing environmental movements.

"We expect demonstrations to continue throughout the coming weeks," a metropolitan police said.

The arrest figure includes three men and two women who were detained at the UK offices of energy giant Royal Dutch Shell on suspicion of criminal damage.

Campaigners daubed graffiti and smashed a window at the Shell Centre building.

The majority arrested were seized for breaching public order laws and obstructing a highway.

The protest has seen more than a thousand people block off central London's Waterloo Bridge and lay trees in pots along its length. People also set up camps in Hyde Park in preparation for further demonstrations throughout the week.

The police have ordered the protesters to confine themselves to a zone within Marble Arch, a space at the junction of Hyde Park, the Oxford Street main shopping thoroughfare and the Park Lane street of plush hotels.