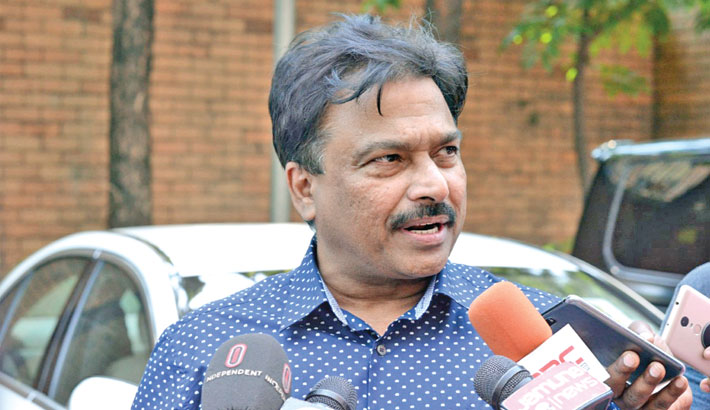 Former Bangladesh Cricket Board (BCB) Chief Selector Faruk Ahmed on Thursday took a swipe at the BCB for their strategy of waiting till the last minute before finalizing the World Cup squad, despite announcing it.

BCB president Nazmul Hasan Papon a day before the squad was announced (April 15) said publicly that they will wait till the last minute before finalising the World Cup squad and would see how everything fares after the Ireland series.

“Initially we felt that we need to announce the team by April 18 (April 23) and it cannot be changed easily unless there are any injury issues. But now we came to know that we have time until May 22 and we can change the team during this time frame without asking anyone,” Papon told reporters at BCB premises.

“We have the tri-nation series that will end on April 18 and still we will have time after that. So I asked them to give the squad for World Cup but it can be changed. Basically some of our cricketers are not in good form while there are injury issues that are becoming a concern for us as we believe some of them will be playing in the World Cup but still they are not totally fit,” he said.

Bangladesh will play a tri-nation series in Ireland which also includes West Indies ahead of the World Cup and included uncapped Yasir Ali and promising off-spinner Nayeem Hasan in the 17-member squad to see how they can cope in international cricket ahead of the global event.

daily sun understands that teams can make changes to their World Cup squads till May 23, without seeking permission from ICC and the April 23 deadline to name the 15-member squad by ICC so that they can plan about their logistic support.

No World Cup participant has been so open regarding making changes in the last minute like Bangladesh for the global tournament and according to Faurk this mind-set exposed their insecurities.

“I have a feeling that the management is insecure about their World Cup team and I didn’t like that,” Faruk, who had announced the World Cup squad as chief selector in 2007 and 2015, told reporters at BCB premises on Thursday.

“We all know WC squad can be changed till May 23. They are worried about the form of some of the players and they made it clear that they will change the team based on the performers of Ireland series,” he said.

“I don’t see that in a positive way. I feel that the players won’t be feeling confident after that. They will be thinking, if I don’t play well, I might be dropped from the World Cup squad,” he said.

“We shouldn’t have said that. Instead we should have said, this is our best team, those who are not in form we hope they will get back in form soon. Then the players would have felt more confident,” he said.

“I feel that the management seems short-sighted,” he added.

However, Faruk believes that this was the best possible squad of Bangladesh and also welcomed the decision of picking uncapped Abu Jayed due to his long domestic career as well as his ability to swing the ball.

“I think this is the best possible squad available. One leg spinner would have been good for the variety of the team. We have some core players who have already played three World Cups. I hope they will do well. Now it’s up to the players to go out there and perform,” said Faruk.

“I think Rahi (Abu Jayed) is a good pick. Some surprise element is good for the team. We all know he hasn’t played much ODI cricket. Last five years, he has been a consistence performer for his domestic side, that experience will help him,” he said.

“And the condition will help him as well because he can swing the ball,” he concluded.