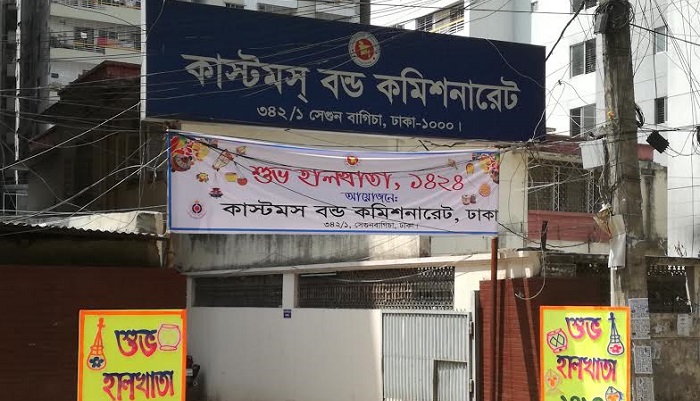 Miscreants attacked on some customs officials and police personnel while they were driving against the open market sale of imported goods under the bonded warehouse facilities at Nayabazar in the capital early on Thursday.

The official with the help of cops arrested an attacker named Mahfuzur Rahman, 48, from the spot and seized three covered vans loaded with the goods with bond facilities worth about Tk 1.5 crore.

A case was filed with Kotwali Police Station in this connection.

As per the directive of commissioner of CBC SM Humayun Kabir, its two teams led by deputy commissioner Rezvi Ahmed and assistant commissioner Sharif Mohammad Faisal conducted drives at old parts of the city to prevent the sale of bond-facilitated goods in the open market.

The members of Criminal Investigation Department (CID) assisted the teams.

The teams found a warehouse sans any name at Dakeshwari in Lalbagh around 1:00am. The huge goods with bond facility were stored in the warehouse. Some officials were deployed at the godown.

In the meantime, the preventive team conducted an operation at Nayabazar crossing and seized three covered vans full of goods with bond facility owned by V Tek Packaging Industry around 4:00am.

The industry brought the goods to sell in the open market. After the seizure, the team members were attacked by the miscreants.

Commissioner of Customs Bond Commissionerate SM Humayun Kabir said that all the attackers and their bosses would be brought to book.