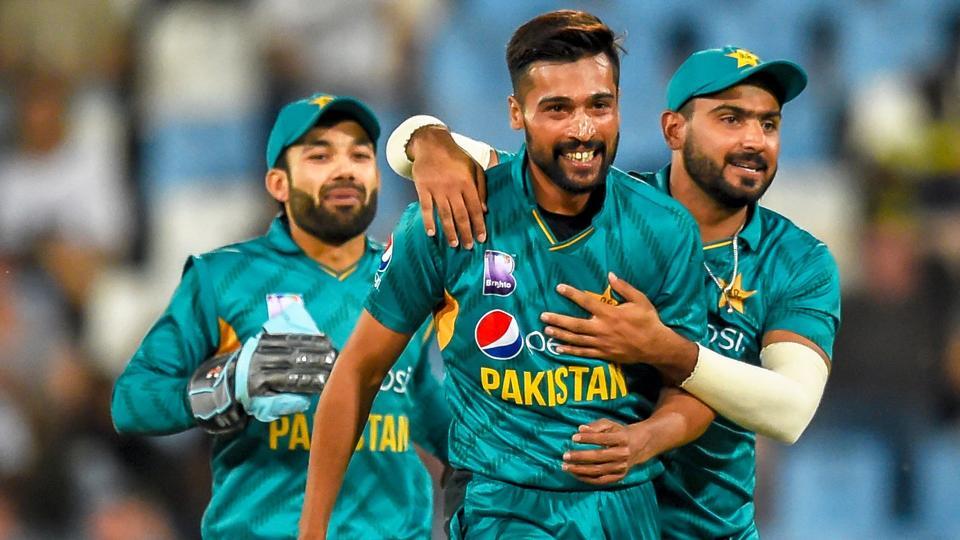 Pakistan left out experienced but out-of-form pacer Mohammad Amir from its 15-member World Cup squad while including batsman Abid Ali in the line-up.

Chief Selector Inzamam-ul-Haq, announcing the World Cup squad and two reserve players, said the 11 from the 2017 Champions Trophy had been retained in the selection process.

"We are hopeful and confident that Pakistan will give a good account of itself in the World Cup," Inzamam said.

The selectors, while not showing faith with left-armer Amir who has taken just five wickets in his last 14 ODIs since the Champions Trophy two years back, reposed confidence in seniors Shoaib Malik and Muhammad Hafeez.

Inzamam said that Hafeez's final inclusion in World Cup was subject to him being 100 per cent fit before the tournament as he is still recovering from a thumb injury.

"Doctors have advised him not to bowl or bat now but when his rehab is over he will be back in action in two weeks time," he added.

Inzamam said hard-hitting batsman Asif Ali and Amir were in the reserves for the one-day series against England and the side matches before the World Cup.

He said that if both performed exceptionally well in the ODI series and T20 they will be considered as cover for the World Cup in case of injuries to any of the selected players.

"If they are not needed they will return home after the ODI series," he said.

The chief selector said the side had been picked according to the conditions and included reliable batters, trusted wicket-taking bowlers and dynamic fielders.

"In England and Wales, conditions play a critical role. With this in mind, we have selected a three-dimensional side, which gives the captain a wide range of options of whatever game plan he chooses on a match day," Inzamam said.

"We have experienced batters, who are backed up by bowlers with plenty of variety and variation to exploit any type of conditions.

"This is more or less the side we have been playing since the ICC Champions Trophy 2017. I have absolute trust that this side has grown further in experience and stature since 2017.

"Supported by the flare, skill, talent and killing-instinct, this side has the capability and potential to rise to the occasion and produce strong performances."

Talking about his selections, Inzamam said: "While picking the side, we've tried to cover all bases by assessing our strengths as well as analysing each opponent, the match venues and the event format."

"Abid Ali and Mohammad Hasnain have been selected after they cleared their fitness tests at the National Cricket Academy on Thursday morning."

Abid is the third opener in the side, and has earned a place following a string of high scores, including a magnificent century on debut against Australia last month.

"Hasnain has been selected due to his sheer pace and speed. He may not have played many ODIs but he has already made an impact by making the top batsmen hop and run in his brief career while also picking up wickets."

Explaining his decision further, Inzamam said: "Shoaib Malik and Hafeez have played in World Cups before (Malik 2007, Hafeez 2007 and 2011), which makes them experienced and qualified to provide the required stability to the middle-order.

"The exuberance of Fakhar Zaman, Imam-ul-Haq and Babar Azam make them the most exciting, talented and entertaining top-three in the world.

"Sarfaraz is a proven-performer with the bat who has played a number of crucial knocks for Pakistan and his presence further strengthens the middle-order."