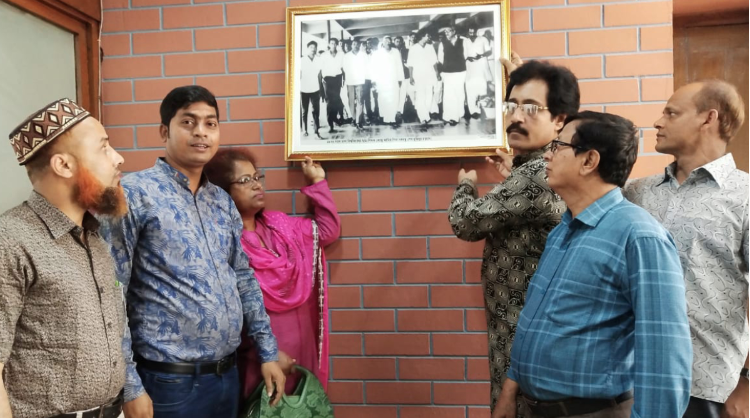 The photo is from 1973 when the independence hero came to TSC for felicitating French novelist Andre Malraux for his contribution to Bangladesh’s Liberation War.

It shows Bangabandhu walking on the TSC premises flanked by the then vice-chancellor Prof Abdul Matin Chowdhury and student leaders before attending the programme.The photographer is yet to be identified.

In a media statement, the university said Bangabandhu, a former student of DU law department, visited its campus on May 6, 1972, his first after independence. He made several other visits between 1972 and 1973 but none of them was documented.

“[From now on,] students and everyone else who’ll visit the TSC will realise that they’re on the sacred ground once tread by Bangabandhu,” he said. “It’s a matter of pride.”