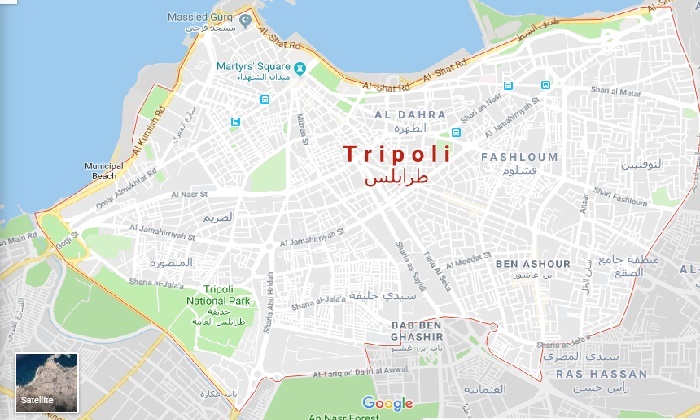 Some 300 Bangladeshi workers stranded between fighting between Libyan government and its national armed force have been rescued and relocated in safe camps in Tripoli, Bangladesh embassy in Tripoli confirmed.

Bangladesh embassy in Tripoli also sought the assistance of the Libyan Red Cross to ensure the safety of Bangladeshi migrant workers.

A fierce battle took place in Tripoli at the recent times as Libyan national army attempted to capture the capital and adjacent areas.

“At least 300 Bangladeshi workers have been rescued from Tripoli and its’ surrounding areas and kept in safer camps with the help of the Libyan Red Cross and Bangladeshi recruiters,” Bangladesh embassy in Tripoli on Thursday informed journalists.

Ashraful Islam, first secretary of Bangladesh embassy in Tripoli, said that there was no causality of Bangladeshi due to this conflict.

The Libyan National Army, led by Field Marshal Khalifa Haftar, started a military offensive, "Operation Flood of Dignity" to occupy the western region of Libya and eventually the capital Tripoli held by the UN Security Council-recognised Government of National Accord.

The military offensive began on 4 April, just ten days before the hosting of Libyan national conference for arranging presidential and parliamentary elections.

At least 180 Libyans were killed and more than 800 injured due to the military offensive.

The government of Libya issued a state of alert corresponding in response to the recent state of law and order in the country.

The Bangladesh Embassy in Libya has advised all Bangladeshi nationals living in Tripoli—and its adjacent cities—to remain alert so as to avoid untoward incidents; because the government of the country has issued a "state of alert."