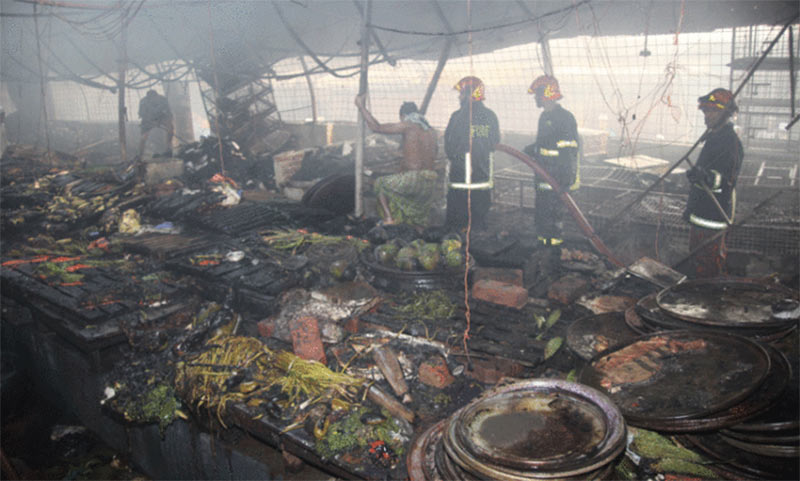 The loss caused by fire incident at Malibagh Kitchen market in the capital was estimated about Tk 5 crore, according to the market committee.

Some 200 shops were gutted by the devastating fire that took place at Kitchen market in the early morning on Thursday.

On information, some 13 units of firefighters rushed to the spot and brought the blaze under control after over an hour of their frantic effort around 6:35 am.

Mahfuz Riven, duty officer at the Fire Service and Civil Defence central control room, said the fire originated at a shop of Malibagh Kitchen Market around 5:27am.

No casualties were reported and the cause of the fire could not be known.