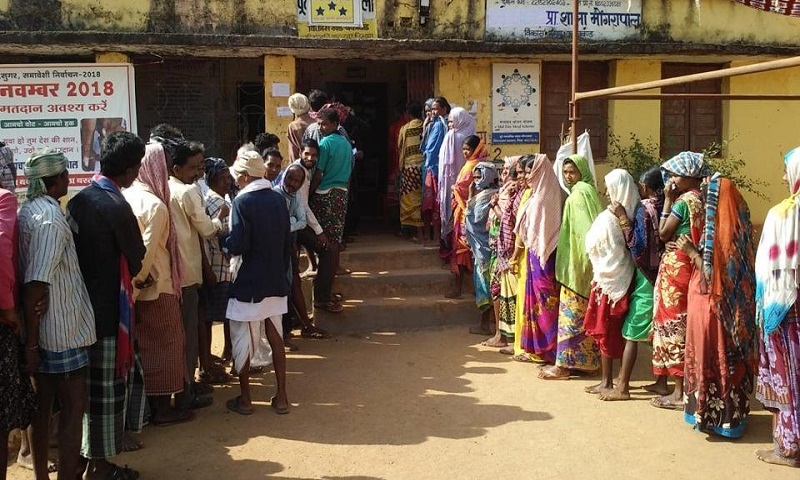 An ITBP jawan was injured in a Maoist-triggered IED blast in Chhattisgarh's Rajnandgaon on Thursday. IED blast took place between Koracha and Manpur road at around 11 am. “ITBP Constable Man Singh received minor injuries. He is out of danger and performing his duty after receiving first aid, news agency ANI reported. Earlier in the day, two Maoists were killed in an encounter with the District Reserve Guard (DRG) in the forest area of Dhanikarka under the Kuakonda police station limits in Chhattisgarh.

The killed Maoists, identified as Vargese and Linga, were allegedly involved in the ambush in which Mandavi and his four security personnel were killed on April 9, Superintendent of Police Abhishek Pallava said.

Meanwhile, around 11 per cent voter turnout was recorded in the first two hours of polling in three Lok Sabha constituencies of Chhattisgarh on Thursday, an official said. Voting in the second phase of polling in the state began at 7 am in Kanker, Rajnandgaon and Mahasamund Lok Sabha seats, all having Maoist presence, amid tight security, the official at the state election office said. "Around 11 per cent voting has been recorded till 9 am," he said.