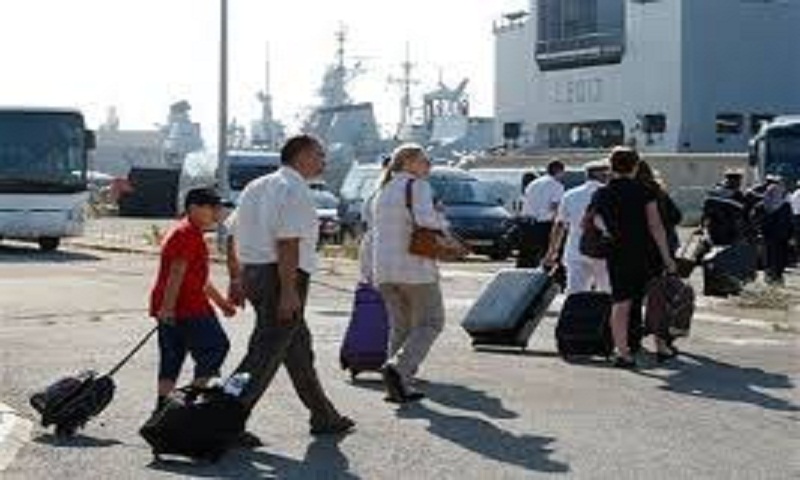 Philippine diplomats have started evacuating a small group of Filipinos from the Libyan capital after it was hit by a barrage of rocket fire that wounded one Filipino, officials said Thursday.

Department of Foreign Affairs spokesman Emmanuel Fernandez said in Manila that three hospital workers and four students were evacuated by Philippine Embassy personnel from Tripoli to Tunisia, where they are to take flights back home.

Manila's top diplomat in Tripoli, Elmer Cato, said 13 more Filipinos have sought help and are expected to be flown back home in the next few days. But of about 1,000 Filipinos in Tripoli, only 20 have so far asked to be repatriated, including a man who was wounded in the rocket fire late Tuesday in the Libyan capital, he said.

About 50 other Filipino workers have been evacuated to safer areas within Libya by their employers, Cato said.

There are more than 2,000 Filipinos in Libya, mostly working as nurses, teachers and oil industry workers.

The Philippine labor department has also imposed a ban on the deployment of Filipino workers to Libya, particularly in Tripoli and areas within a 100-kilometer (62-mile) radius of the capital, because of fighting between rival militias for control of the North African nation's capital.