Dust storm, lightning and rain kill at least 60 in India 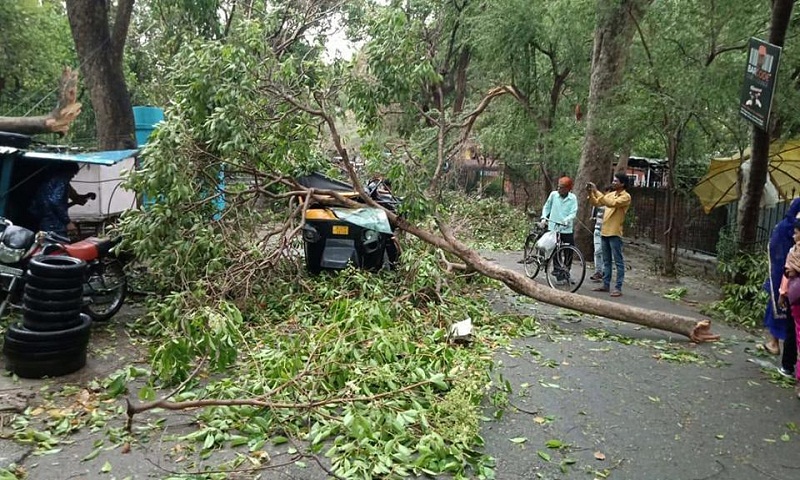 Over 60 people were killed and crops damaged after rain, thunderstorm and lightning hit parts of north, west and central India at the start of a summer in which such extreme weather events could be fairly common, officials and experts said on Wednesday, reports HT.

Rajasthan, Madhya Pradesh, Maharashtra and Gujarat took the maximum hit due to the change in weather over Monday and Tuesday, while residents in Delhi experienced intermittent showers and strong winds that brought down the temperature by up to 10 degrees.

Prime Minister Narendra Modi “expressed grief at the loss of lives due to unseasonal rains” in various parts of the country, his office tweeted. “The government is doing its best to provide all possible assistance to those affected.

Modi approved “an ex-gratia of Rs 2 lakh each from the Prime Minister’s National Relief Fund for the next of kin” of those killed, the PMO said, adding that the government also approved Rs 50,000 each for the injured.

The India Meteorological Department (IMD) on Wednesday issued a warning for thunderstorms, hail and lightning in parts of north and northeast India. It added that “fairly widespread to widespread rainfall with isolated thunderstorms, lightning and gusty winds are likely over Punjab, Haryana, Chandigarh and Delhi, northeast Rajasthan, Uttar Pradesh, Himachal Pradesh and Uttarakhand” in the next 24 hours.